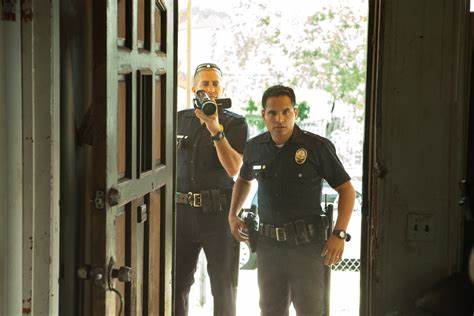 “Hi! We’re from the government, and we’re here to help you!”

Once upon a time, things like this didn’t happen in America.

A family in Chandler, Arizona, was in bed, sleeping, when shortly after 1 a.m., police broke down their door, yelled and pointed guns at them, and took away the children (https://reason.com/blog/2019/03/27/sick-2-year-old-swat-team-dcs-parents). The state government’s Dept. of Child Safety (!?!) still has custody of the three children, in separate foster homes, and the family will not be allowed to come back together until some judge is in a good mood.

What was the crime that elicited this–shall we say “vigorous”?–response from Herod’s men?

The toddler had a fever. The mother took him to the doctor. While they were waiting to see the doctor, the fever broke, the child’s temperature went down, and he felt well enough to laugh and play.

Take him to the hospital anyhow, the doctor said: he ain’t been vaccinated against meningitis. Finally, to placate the doctor, the mother said yeah, sure; and took her child home. But the doctor called the hospital to tell them his patients were on their way, and when they didn’t show up, the hospital called the doctor and he called Big Brother.

They broke down the door in the middle of the night. Somehow the song “Back in the USSR” comes to mind.

Is this what people become cops for? So they can terrorize sleeping children?

The state even asked the judge to bar the press from reporting on the case–might stir up the peasants, don’t you know.

I mean, really, what is this–England?