More on the Chess Cheating Scandal 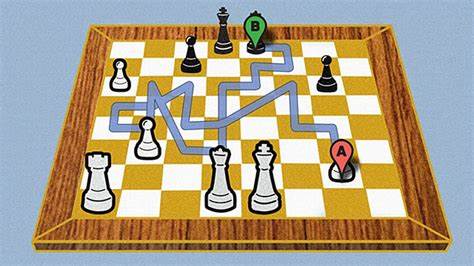 The lead story on the radio nooze this morning was some celebrity Hollywood doofus and her husband could actually go to jail for doling out up to half a million bucks in bribes, to get their two dumb kids into a “prestige” university. What for, who knows?–so they can “learn” that “white people own time”? But the point is, these rich and famous people cheated.

I’ve been thinking about a much smaller cheating scandal–the cheat performed by the Henderson middle school in Texas, to win the U.S. Chess Federation’s national scholastic chess championship (https://leeduigon.com/2019/04/08/teaching-kids-to-cheat-at-chess/).

Most of the cheating in high-level chess is hi-tech, but any team can, like Henderson, resort to “sandbagging” (https://www.chess.com/blog/SamCopeland/how-to-cheat-at-chess). Your team enters a bunch of low-level tournaments and throws all its games to weak opponents, to drive your rating down in time for the big important tournament that you really want to win. Your new crummy ratings insure easy match-ups and lots of cheap wins on your way to the title.

But the Henderson team got caught, and will be stripped of the championship.

Some questions remain to be answered.

Did the parents know their kids were cheating? Or suspect it, and say nothing?

When the USCF declared that the whole business was orchestrated by the coach, did the school fire him? Did school officials ever suspect there was cheating, but chose to look the other way?

If this had happened at the junior high school I went to in 1962, a) the coach would have been fired immediately, because the community would have angrily demanded it; and b) the principal would’ve been on the intercom toot-sweet, announcing that the chess team, having brought disgrace upon the school, was as of that moment disbanded.

How deep does this go? Cheat to get your kid into college. Cheat to win at chess. Then brag about it? Pretend the achievement was real, and brag about it?

It needs much, much more.

(I have asked my colleagues at Chessgames.com, all of whom have more chess tournament experience than I do, to weigh in on this. I’ll pass on their opinions, if they offer them.)

I have lived in Metuchen, NJ, all my life. I have been married to my wife Patricia since 1977. I am a former newspaper editor and reporter. I was also the owner-operator of my own small business for several years. I wrote various novels and short stories published during 1980s and 1990s. I am a long-time student of judo and Japanese swordsmanship (kenjutsu). I also play chess, basketball, and military and sports simulations. END_OF_DOCUMENT_TOKEN_TO_BE_REPLACED
This entry was posted on Wednesday, April 10th, 2019 at 11:28 am and tagged with cheating at chess, chess cheating scandal, college admissions cheating scandal, culture rot, Henderson team to be stripped of chess title and posted in news, Pop Culture. You can follow any responses to this entry through the RSS 2.0 feed.
« Rutgers Prof: ‘White People Own Time’
‘Why I am a Liberal’ (Oh, Boy!) »

6 responses to “More on the Chess Cheating Scandal”