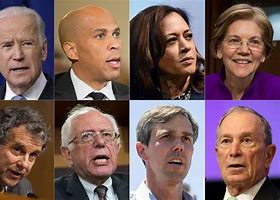 They want to punish you for what you didn’t do.

I’ve been holding off writing about “reparations,” because frankly I don’t need a lot of Far Left Crazy morons calling me a racist. But enough is enough already.

Georgetown Looniversity students have voted for a “manadatory reparations fee” to be paid by undergraduates to the “descendants of 272 slaves that Georgetown sold in 1838” (https://www.campusreform.org/?ID=12094). Lemme see… that’d be 181 years ago.

“Reparations” doctrine states that all “white people” are guilty for slavery in America, even 181 years ago, even people whose ancestors weren’t here when slavery was formally and forever ended in 1865. You’re all guilty and you’ve all got to pay!

One–count ’em: one–of my ancestors got off the boat just in time to be sucked into the Union army and shot in the head at Chancellorsville.

I refuse to be punished for slavery.

Besides which, “reparations” is a flagrant violation of the Constitution.

P.S.–Every single one of the 20 Democrat candidates for president has publicly stated his or her support for making you pay for what other people did over 150 years ago.

Vote for a Democrat at your peril.

And now I just can’t take any more news. Basta, basta for today!

8 comments on “‘Reparations’–Not Me, Pal”