No More Work? Now What’ll We Do? 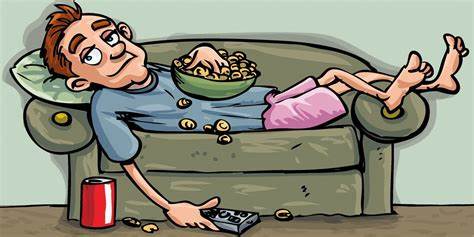 We’re hearing a lot of talk about a “post-work world” where everybody gets free money from the government and doesn’t have to work. This is the trend, they say. This is what’s ahead for us, like it or not.

I was reading an article in The Atlantic, “A World Without Work,” and it was holding my interest until about a third of the way through, when I crashed into this quote.

“With the right government provisions… the end of wage labor will allow for a golden age of well being.”

Honk if you’ve ever heard anything stupider than that.

Hey, sunshine–what if we wind up with the wrong government provisions?

And right or wrong, what are people supposed to do if they don’t work anymore? Write symphonies? Cowboy poetry? Or maybe just lie around getting high and maybe a spot of adultery, if they can summon up the oomph for it. Oh–and where’s the money supposed to come from, to pay all these people who aren’t ever going to work again?

But then we already know what happens when government promises a golden age. If you don’t know that, how would you like to buy a one-way ticket to Venezuela?

I have lived in Metuchen, NJ, all my life. I have been married to my wife Patricia since 1977. I am a former newspaper editor and reporter. I was also the owner-operator of my own small business for several years. I wrote various novels and short stories published during 1980s and 1990s. I am a long-time student of judo and Japanese swordsmanship (kenjutsu). I also play chess, basketball, and military and sports simulations. END_OF_DOCUMENT_TOKEN_TO_BE_REPLACED
This entry was posted on Monday, April 15th, 2019 at 10:29 am and tagged with free money from the government, post-work world, replacing work with... what?, The Atlantic, the new golden age, utopian dreams, world without work and posted in news. You can follow any responses to this entry through the RSS 2.0 feed.
« ‘University: “No Such Thing as Free Speech”‘ (2015)
Quebec May Ban ‘Religious Clothing’ »