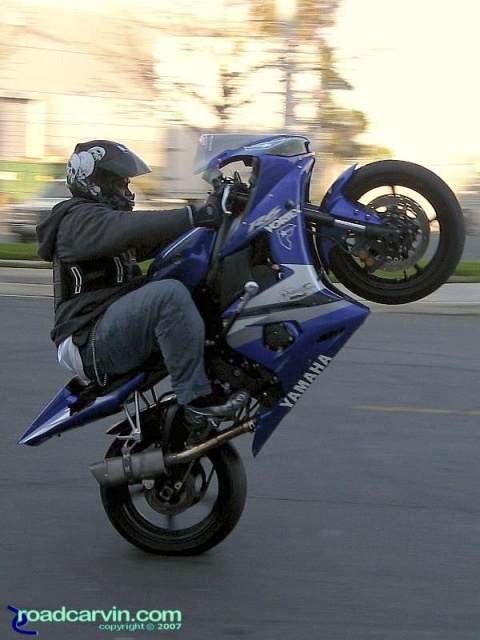 So we’re watching this TV show last night, Primeval, and these two paleontologists, guys who dig up and study fossils, suddenly grab a pair of motorbikes and dart all around the parking garage, chasing and being chased by raptors. They just know how to maneuver a motorbike at high speed among parked cars. In fact, they just know how to do wheelies. Both of them know these things. Instinctively. Up until that point in the series, we never saw hide nor hair of motorbikes. And now they’re doin’ wheelies. It’s very effective against raging dinosaurs.

How many times have we seen this in movies and TV shows? Some wispy little Barbie snatches up a .50-caliber machine gun and mows down the zombies. Joe Hero jumps into an unguarded helicopter and just takes off. Heavy machinery, high technology, advanced weapons systems–it’s all the same. Whatever special ability is suddenly called for in the script, the character in that scene has it. No one ever just doesn’t know what to do! “Old man Can’t is dead!”

Pity me. If I were being chased by Velociraptors, you could have 50 motorbikes parked in a row and I wouldn’t know how even to get one started, let alone zoom around like Steve McQueen, doin’ wheelies. First I would have to be taught. Then I’d have to practice. No time for that in a movie!

I consider this a literary crime, and pledge myself to try as hard as I can to avoid committing it in any of my novels. Your money back if I can’t do it!

15 comments on “They Can Do… Everything”