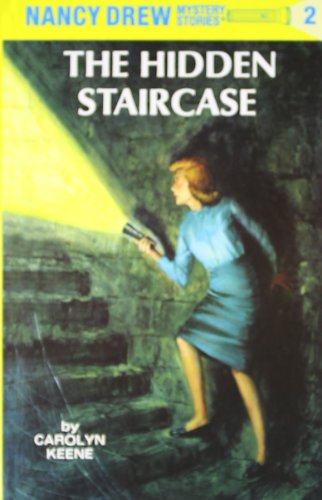 When something ain’t broken, don’t fix it!

The good news is that this wretched little scheme fell through before it could be imposed on us. The bad news, of course, is that it was ever thought of in the first place.

I looked it up. You wanna know why the “new Nancy Drew” never made it to the airwaves. According to TV bigwigs, it was because Nancy Drew was… “too female”!

How badly did we need another TV s**tcom about hard-bitten New York cops?

And what in the world did that mental Lilliputian mean by promising that Nancy Drew herself would be “diverse”? Clearly he does not know what the word means.

There’s a lot of that going around.

I have lived in Metuchen, NJ, all my life. I have been married to my wife Patricia since 1977. I am a former newspaper editor and reporter. I was also the owner-operator of my own small business for several years. I wrote various novels and short stories published during 1980s and 1990s. I am a long-time student of judo and Japanese swordsmanship (kenjutsu). I also play chess, basketball, and military and sports simulations. END_OF_DOCUMENT_TOKEN_TO_BE_REPLACED
This entry was posted on Wednesday, May 22nd, 2019 at 8:17 am and tagged with culture rot, idiots run TV, morons love "diversity", nancy drew, Nancy Drew TV show, really stupid ideas and posted in Pop Culture. You can follow any responses to this entry through the RSS 2.0 feed.
« ‘For the Beauty of the Earth’
New Army Uniforms, ‘Old’ Look »