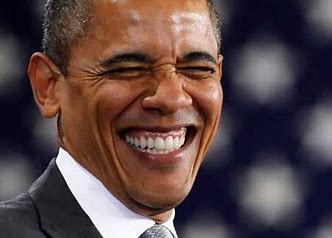 Was it really only eight years? It felt a lot longer than that!

People have short memories. How many have forgotten how truly awful the Obama presidency was?

It was a festival of lawlessness. It was a celebration of all things perverse, insane, and wrong. We are blessed that our republic somehow managed to survive. But enough harm was done so that the next Democrat regime might finish us.

Use the power of the IRS to punish citizens for their politics? Oh, yeah!

But don’t let them catch you holding any bake sales…

I have lived in Metuchen, NJ, all my life. I have been married to my wife Patricia since 1977. I am a former newspaper editor and reporter. I was also the owner-operator of my own small business for several years. I wrote various novels and short stories published during 1980s and 1990s. I am a long-time student of judo and Japanese swordsmanship (kenjutsu). I also play chess, basketball, and military and sports simulations. END_OF_DOCUMENT_TOKEN_TO_BE_REPLACED
This entry was posted on Thursday, September 12th, 2019 at 8:07 am and tagged with God protect us from Democrats, government gone wild, liberals vs. America, Obama regime, politics and posted in history. You can follow any responses to this entry through the RSS 2.0 feed.
« ‘O Thou Who Camest from Above’
My Newswithviews Column, Sept. 12 (Democrats’ Christian-Bashing) »