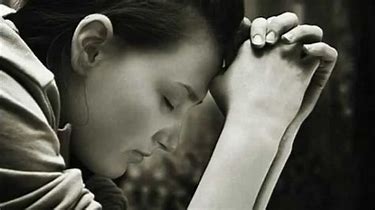 Some college fimbo on CNN recently advised Christians to keep their thoughts and their prayers to themselves–because atheists don’t like it when your thoughts and prayers go out to them (https://www.breitbart.com/the-media/2019/09/17/cnn-proposes-you-keep-your-thoughts-and-prayers-to-yourself/).

Can I wake up now? I don’t like this anymore. Must’ve been something I ate…

Anyway, says the professor, praying for an atheist is hateful, it’s a microaggression, it’s as bad as “sexually lewd comments,” and they’d actually pay money to avoid having prayers and benevolent thoughts sent out to them.

Uh… how do they know someone is “sending thoughts” to them? Are atheists clairvoyant? All right, saying “I will pray for you,” or “My thoughts are with you,” well, then of course they’d know–because you told them. But how would they know if you didn’t tell them? So don’t tell them.

“Sending thoughts and prayers in the wake of disasters is controversial,” says CNN. Especially when you “send” them toward people who are “prayer averse.” Now it’s starting to sound like pirate radio broadcasts. Are all these people nuts?

Says Jesus Christ, in holy Scripture, “Give not that which is holy unto the dogs, neither cast ye your pearls before swine, lest they trample them under their feet, and turn again and rend you” (Matthew 7:6).

Your prayers are between you and God. Unless you’re making a public prayer for a public purpose–say, a church service–there’s no need to make it into a production number. You can pray for anyone, at any time. You can ask for prayers.

And you don’t have to watch CNN. Ever.

14 comments on “They’ve Got to be Kidding”