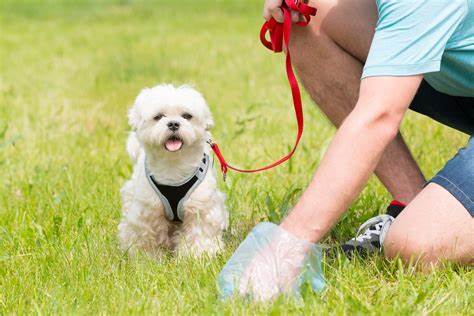 Is it really that hard to do this?

Give people a little power, and they go crazy. And oh, boy, can they think of ways to spend other people’s money!

So you’ve got a dog-poop problem in your condo “community” (more like a human ant-hill than a community), and everybody’s tired of stepping in it. [It could be worse: you could be in San Francisco.]

Well, obviously you go and spend a boxcar-load of money and raise all the fees so that you can set up a DNA database for all the dogs in the “community” and a lab for testing ca-ca to see whose DNA it is so you can bust the owner…

Isn’t that a bit much?

If it really were a community and people cared about their neighbors, they wouldn’t leave uncollected dog-flop lying all around. “Love thy neighbor as thyself” doesn’t mean you have to fall head-over-heels in love with everybody. Just do unto them as you’d have them do unto you. Like, for instance, picking up after your dog. Because you don’t want anybody else to step in it.

That’s what’s missing from this picture.