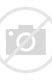 They never could invent one that would hold Houdini.

At last! Straitjackets as a fashion statement! Gee, thanks, Gucci–this is just what we’ve been needing.

An “activist model” who says she’s “non-binary”–and that she’s had her own mental health issues, from time to time–staged a protest of Gucci’s spring/summer collection at Milan Fashion Week, recently (https://www.independent.co.uk/life-style/fashion/gucci-mental-health-protest-runway-not-fashion-straitjackets-a9116216.html). She thought trotting out straitjackets as a fashion statement was in poor taste. Ya think?

Gucci replied that they had no plans to sell the high-fashion straitjackets, but were only “making a statement” against uniformity, and how “power is exercised over life, to eliminate self-expression.” As Columbo would say, “That explains it.”

We were unable to find out whether architects have come on board with new houses that will contain rubber rooms.

If we put everyone in a straitjacket who needs one, these days, we’d have no politics. And there’d be nobody to staff our colleges and looniversities.

But making fun of Fashion Week is shooting fish in a barrel.

[Note: I gather that these are not real straitjackets–just designed to look like them.]