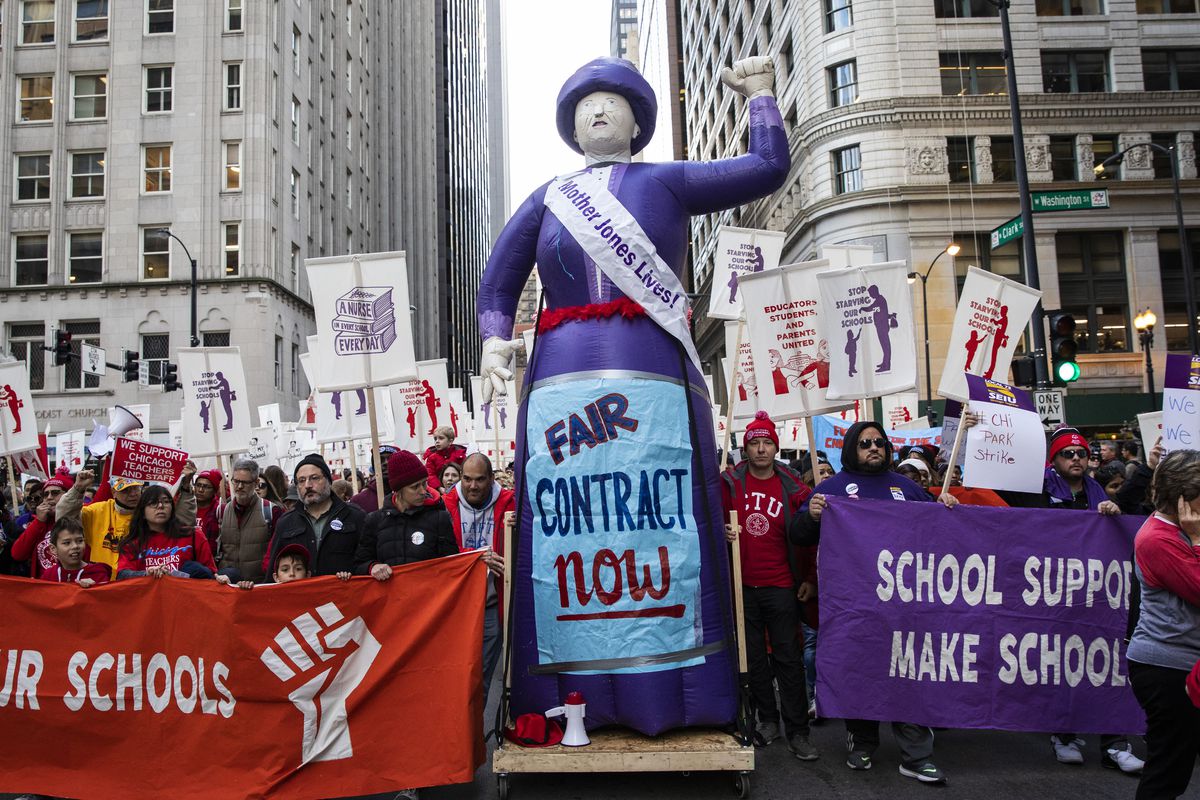 When they’re not junketing down to Venezuela to praise the Maduro dictatorship, when they’re not feverishly pushing socialism and “transgender” in their classrooms, the Chicago Teachers Union is on strike–which is where they’ve been now for the better part of a week (https://chicago.suntimes.com/2019/10/21/20924561/chicago-teachers-strike-updates-cps-tuesday-classes-canceled).

Is there any doubt that these “teachers” are communists? Red banner with clenched fist–that ought to tell you something, eh?

Chicago Mayor Lori Lightfoot, trying to resolve the labor dispute, revealed her total cluelessness when she spoke of how kids “won’t be in classrooms with teachers who hold the keys to their success.” Did I hear that right?

Democrat presidential wannabes are flocking to the support of the striking communists. Bernie Sanders was first on the scene. Now Elizabeth Warren says she’ll go, too–because the communist teachers, she says, are “fighting for the future of our students.” I’m surprised she wasn’t struck by lightning for telling such a lie.

But parents, this is a golden opportunity. Now is your chance to go on strike against these money-wasting awful schools! Do you realize that if you keep your kids out of those schools, there’ll be no more Chicago Teachers Union? Dictator Maduro will have to find some other American communists to lick his boots.

Hey! You pay all the bills–but you don’t get to decide who teaches in those schools and who doesn’t, or what gets taught and what doesn’t. All you do is pay! What kind of a sucker deal is that–huh? Homeschool! Christian school! And leave those jerks with their red banners out there to twist in the wind.