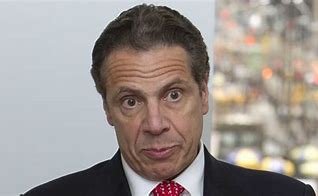 So there’s New York Gov. Andrew Cuomo on MSNBC a few days ago, masquerading as a normal human being. But of course the truth slipped out, as soon as he said “We didn’t have hurricanes” (or tornadoes or “superstorms”) before we had Climate Change, and, like, it would be “delusional” for anyone to disbelieve in it (https://pjmedia.com/video/andrew-cuomo-we-didnt-have-hurricanes-before-climate-change/).

Yeah, it’s the same Gov. Andrew Cuomo who tried to pass himself off as an illegal alien a year or two ago, and whose political creed is, “America was never that great.”

Living proof that no one’s too stupid to be governor of New York.

What’s anybody’s excuse for voting for this man?

5 comments on “Not a Satire–He Really Is That Stupid”