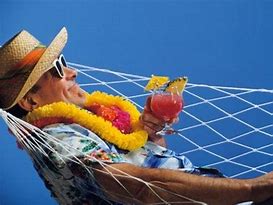 The former Exalted Eunuch of the Babylonian Revival Party has entered the race for the 2020 Democrat presidential nomination–and according to an unreliable source, he’s already polling like gangbusters.

Nabopolassar Jones, a phrenologist from somewhere in Michigan, is running for president on a promise to extend public employees’ retirement pensions unto the third generation. “If you’re a teacher in one of our great public schools,” says Jones, “you shouldn’t have to worry about how your children, your grandchildren, or your great-grandchildren are going to support themselves. When I’m in the White House, your pension will keep on going after you’re gone, and it will support your posterity until they’re gone.”

Jones was almost instantaneously endorsed by America’s largest teachers’ unions, the National Education Assn. and the American Federation of Teachers. “Education is our country’s most important product!” exclaimed NEA vice-commissar Mamie Bulganin. “A country can never have too many young people getting degrees in Gender Studies! But before higher education can happen, public education has to happen. And that takes money, and puh-lenty of it!”

Other public employees’ unions are expected to endorse Mr. Jones before the day is out.

Other Democrat candidates have also hopped on board. “I’ve always believed in perpetual pensions,” said Democrat front-runner Joe Biden. “It would really ease my mind if I didn’t have to worry about how my son Hunter was going to support himself after I’m gone.”

“I was just about to suggest this myself!” said Elizabeth Warren.

Suddenly Nabopolassar Jones is the man to beat.

2 comments on “A New Candidate, with a New Plan!”