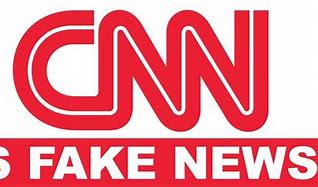 From the Absolutely Zero Self-Awareness Dept.: Believe it or not, CNN is going to partner with HBO to make a documentary on “the rise of fake news” (https://www.investmentwatchblog.com/cnn-to-produce-documentary-about-the-rise-of-fake-news/).

They give you the name of the CNN executive who’ll be in charge of this caper, but I won’t repeat it because a) I don’t think noozies should be famous: it’s way too much of a temptation for them; and b) I keep hoping that if we stop making them famous, they’ll just shut up already.

If you can find a nooze network more biased, more apt to cut and pad stories for political advantage, more fawningly and slavishly committed to the Democrat Party (to the point where the two have become virtually indistinguishable), more downrightly mendacious than CNN–well, you must have access to another universe. Unless MSNBC has somehow achieved its long-held dream of out-CNNing CNN. It could happen.

P.S.–CNN has just settled out of court, paying an undisclosed sum, a lawsuit filed by the Covington High School teen who was the target of one of CNN’s more bodacious productions of fake news. I’d like to know how many millions of dollars they had to cough up to get off the hook for that.