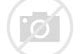 Faced With Gender Propaganda at the Hockey Rink, One Coach Says No

Youth hockey–sort of like Little League, only it’s hockey instead of baseball–is big in Canada. It’s organized for children six years old and up.

Naturally, many fathers would like to coach their child’s hockey team. Okay, sure. There’s just this one little thing, though…

Before you’re allowed to coach youth hockey in Ontario, you have to take a “gender training course” to make sure your mind is right on all things trans. This is the result of a (LOL) “human rights” case that was settled in 2017. Can’t coach hockey unless you believe in, endorse, and celebrate what is surely the most profoundly perverse innovation in the cultural history of humanity.

None of that “male and female created He them” allowed in Ontario youth hockey.

Frankly, I’m surprised that even Canadians can be this servile. Have they no self-respect at all?

Organized sports, believe me, is loathsome enough without adding political indoctrination to it. There’s no better way than sports to bring out the most glaring defects in anyone’s character, even in simple pick-up games.

This just makes it several orders of magnitude worse.

What really frightens me is the question, “What comes after transgender?”

Whatever that turns out to be, Ontario’s “human rights” commission will be poised to ram it down your throat.

13 comments on “Get the Transgender Stuff Right, and the Hockey Stuff Will Follow”