A Minnesota resident who put up Christmas lights has received an anonymous letter from some neighborhood nut who complains, we quote:

“I couldn’t help but notice your Christmas light display. During these unprecedented times, we have all experienced challenges which casual words just don’t describe what we’re feeling. The idea of twinkling colorful lights are a reminder of divisions that continue to run through our society, a reminder of systemic biases against our neighbors who don’t celebrate Christmas or who can’t afford to put up lights of their own.” There was also some bilge about “educating ourselves about the harmful impact an outward-facing display like yours can have.”

Great Caesar’s ghost. What unnatural womb gave birth to… that?

If someone else doesn’t celebrate Christmas, you shouldn’t be allowed to, either.

If someone else can’t afford something, you shouldn’t be allowed to have it.

We are also asked to believe that the American people really dig this schiff and have voted for four solid years of it.

No way. Absolutely no way.

But take a good look–this is Far Left Crazy wowserism. This is a peek into the inner mind of the Democrat Party. That’s the party that steals elections. This is what you find inside their heads.

No, we did not vote for that.

A publicist has invited me to read and review an “important LGBT+ and bilingual children’s story” about a “shy young boy” whose only friend is a doll… And I won’t mention the title, or name the author, because I might inadvertently cause a copy of this book to be sold–and my conscience won’t stand that.

Culture rot like this is why God afflicts us with Democrats. Once upon a time it was locusts. Then Huns. We never seem to get the message.

And oh boy! This book is a twofer! Not only LGBT+: you also get “families of color.”

This filth oozes into our culture… and we let it. We’re afraid of being called Haters & Biggits & Racists, so we don’t fight, we don’t speak out, we don’t refuse to go along. We sit there like mummified turnips as they sue people to force them to take part in same-sex parodies of marriage. We send tens of millions of our children to public schools to be “educated” by communist culture-killing teachers’ unions. We fund useless and anti-Christian colleges and universities to the tune of billions of dollars a year. When these people who hate us feel like putting us down, we hand them a sword.

We have not stood by God or by His law; so we should expect Him to stand by us? If you were God, would you stand by a people who tolerated Drag Queen Story Hour?

O Lord have mercy on us for Jesus’ sake!

It’s the only plea we can make.

There are many things out there more dangerous and harmful than coronavirus; and worst of all is leftism. Like this.

The Wrong of ‘Human Rights’

Be very afraid of any pinheads who claim the authority to “design society.” That means they want to design you. ‘Cause they know what’s best for everyone, and even your thoughts are not your own. They’d suck ’em out of your brain with a straw and spit ’em on the ground, if only they could.

And they’ll still be here when the virus goes away.

Think about the best way to crush them.

Noozies Wonder, ‘Why Don’t They Love Us Anymore?’ Living proof that you can’t just keep killing the culture and get away with it:

God ordained the family for our good. We have trashed it for our bad. The existence of a few really awful families does not mean God made a mistake. It’s just Original Sin working out, as usual, in yet another context.

But anyone who thinks the human race is better off without families than with them is just plain crazy. 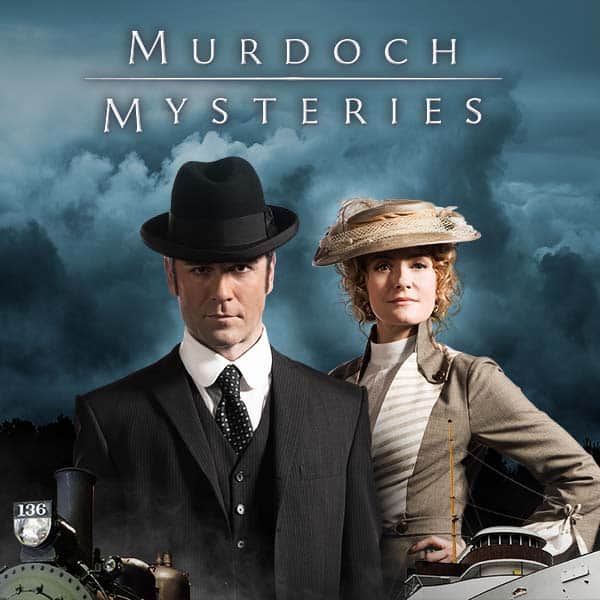 Some of you will realize that this was published here last week as a blog post, and that I’ve just expanded it a little for Newswithviews.

Well, why not? I feel strongly about being subjected to spiritual and cultural pollution, and I can’t help thinking there’s a lot more of that sentiment out there than people dare express. 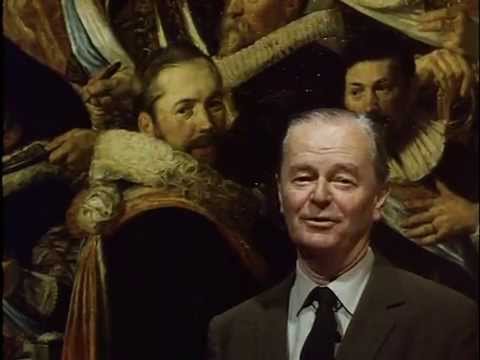 If you’re old enough, you may remember Civilization with Kenneth Clark, a BBC series showcasing the art, architecture, and history of Western Civilization, with commentary by Kenneth Clark. It ran from 1969 into the 70s.

Time for a remake! Pubic Broadcasting is set to release Civilization with Nancy Pelosi, for “a real look at what civilization ought to be, none of this no-good racist Western stuff.” Filmed entirely in San Francisco, each episode features Speaker Pelosi taking us on a tour of “civilization hot spots” in her home city of San Francisco.

Escorted by 45 armed guards (“Just in case of trouble from white supremacists,” she says with a wink), and with the whole sound and camera crew equipped with galoshes for stepping over piles of feces and maybe slipping into one, the tour has already visited a tent city of illegal aliens (“Democrat votes on the hoof!” she exults), a Pride Parade with naked men performing real and simulated sex acts, a “goddess church” where, says the Speaker, “real religion is promoted by real women,” and… this: “This is our city’s pride and joy–our 60-foot-high mural portrait of Greta Thunberg, climate crusader!” Pelosi cries. They had to cut out some frames of a cameraman stepping on a used syringe, one of many littering the sidewalk (Pelosi frowns and mutters “Clumsy! Someone might’ve wanted to re-use that needle!”), but that hardly detracts from the exquisite wonderfulness of the mural.

“Eat your heart out, Michelangelo!” cries Pelosi. “This is real art! Art that scowls at you, and reminds you what a miserable deplorable you are for not supporting a global government to combat Climate Change! You’ll find the comb at the combat!”

The series is expected to succeed brilliantly, provided the Speaker can find the votes in the House of Representatives to make viewing it mandatory. 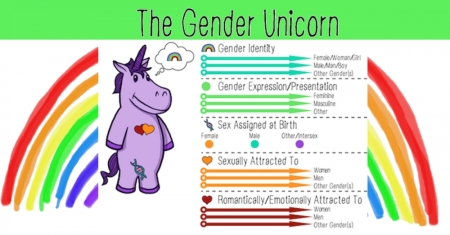 This is what’s being crammed into children’s heads. It will kill our civilization.

I wrote and posted this four years ago, and we’re still as far from sanity now as we were then. Maybe even farther.

It’s a Long Way Back to Sanity

Evil lunatics have invested everything they have in “transgender,” in a concerted bid to collapse our society so they can build something they like better on its ruins.

It’s true we have to defeat them in this year’s election. But that won’t help us if we don’t break their stranglehold on our culture.

And I’m telling you the truth–the biggest thing they have going for them is public schooling. Kill that, and they’re goners. 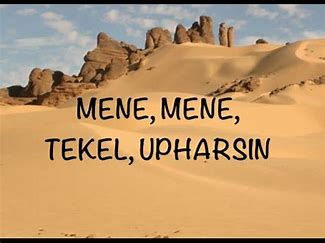 Believe me, I wish I were writing a “Memory Lane” about the Magic 8-Ball, or a Mr. Nature spot, or even Oy, Rodney–anything but this dreary, spiritually toxic trash. But we can’t defend our culture if we don’t know who’s attacking it.

Sexual revolutionaries and psychotics, enthusiastically sponsored by the Democrat Party and all other political leftids, are taking a wrecking ball to Western civilization–which once upon a time was known as “Christendom,” but has forfeited that honorable name.

Today’s vileness is a slickly-produced video of “the Drag Queen Alphabet,” intended for young children (https://www.newsbusters.org/blogs/culture/elise-ehrhard/2020/03/02/decider-article). I have provided the link only so you don’t have to take my word for it that this is happening.

Under the tutelage of an intensely disturbed man done up as a woman, kiddies whose parents subject them to this video can learn all sorts of Drag Queen sexual slang–just the sort of thing every 6-year-old needs to know! And note how the craven noozies use the feminine pronoun “she” to denote this man.

Why are we doing this? Why are we allowing it to be done? What possible benefit can there be in it?

The whole Western world has incurred a spiritual pollution from which it will not be easy to cleanse itself. 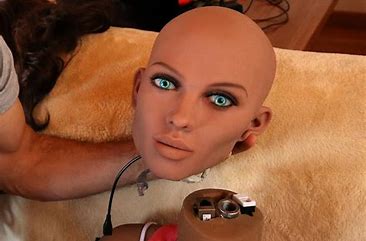 If this turns you on, you need turning off.

News from the total depravity front!

Addressing the annual meeting of the American Assn. for the Advancement of Science, a Duke University scientist warned that “sex-bots”–robots created to service loons with weird sexual desires–could pose “psychological threats to humans” (https://nypost.com/2020/02/15/sex-robots-pose-psychological-threats-for-humans-researchers-warn/).

“Some robots,” she said, “are programmed to protest, to create a rape scenario.” And some, she added, “are designed to look like children.”

The threat, as anyone who’s not a nut can see, is that some of these kooks will get tired of sexually abusing robots, leave the bots behind, and seek out human victims–a bigger thrill, don’t you know.

Isn’t it about time someone asked, “What the devil do we think we’re doing?” And, like, stop doing it? Come on! Were sex-bots ever something we should have invented? Is this really what our minds are for?

Thanks to people who really should know better, but don’t, because they have no moral grounding, our society is growing more and more perverted.

Go ahead, tell me I’m wrong.