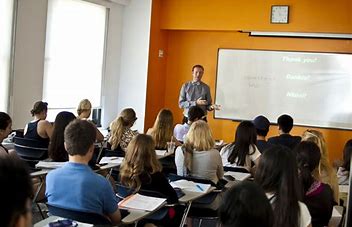 I may have told this story once before, but I want to tell it again.

One day, over 20 years ago, I was substitute-teaching in a public high school classroom. The students had an in-class assignment to work on, there wasn’t much for me to do, so I asked them if they’d mind if I read some of the papers they’d handed in earlier. With their permission, I went ahead.

It was a U.S. history class, and the papers were about the Mexican War. I must have read at least a dozen of them before I stopped. I stopped because I was surprised that every single paper that I read expressed exactly the same opinion: the war was unjust, it was all America’s fault, we had not even a trace of right on our side, boo, hiss, etc. So I spoke to the class about it.

“This must be something new in history,” I said. “The vast resources of the state–in this case, the school building and its personnel, textbooks, computers, teachers–have been used to convince a generation of students that their own country is unworthy of their loyalty. Their country is a bad country. The state is subverting itself. I can’t believe that this can possibly turn out well.” And then the bell rang.

I thanked her for that. To know that I actually helped to kick a mind into gear was, in addition to being a surprise, rewarding–personally. I wasn’t wasting my time! Because of something I said, someone was thinking!

Between then and now, though, the public schools and Far Left teachers’ unions have doubled down on their campaign to alienate young people from their country.

So I can’t stop thinking about it, either.

America must really be great, to have survived two decades of this perverse “educational” enterprise. A lesser country would have folded.

But even as we speak, Far Left Crazy is still working on our children’s hearts and minds.

7 comments on “A Distressing Day in the Classroom”