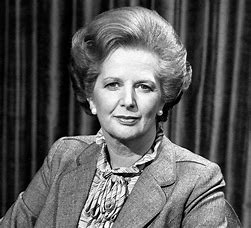 There are things that a lot of people don’t know, that they ought to know. Ignorance may be bliss, but its fees can be quite high.

Government has no money of its own. It only has what it can extract from the people by fees and taxes. As Margaret Thatcher famously said, the problem with socialism is that you run out of other people’s money. And just printing more of it doesn’t solve that problem, but only makes it worse by cheapening the currency.

The United States is, by law, a republic, not a “democracy.” In fact, the problem isn’t not enough people voting, but too many people voting. One is tempted to raise the voting age to 50. Adopting new public policies in hopes of making America “more democratic” only leads to policies derived from ignorance.

Fomenting racial discord, as a means of acquiring and keeping a political advantage, in the long run hurts everybody. Trust me: this is not how you build a stronger and more stable country. But it does seem to be a good way of opening the door for tyranny.

There is no such thing as “transgender.” There is male and female, nothing else. Making like there are several dozen “genders” can only lead to laws and policies based on a denial of reality. It has to stop.

It is not possible for any government to control everything that people do, or don’t do. If morality and conscience are not in play, the government will fail. Trying to manage everything is a good way to wind up managing nothing.

Just try getting any Democrat to admit to even one of these.

I have lived in Metuchen, NJ, all my life. I have been married to my wife Patricia since 1977. I am a former newspaper editor and reporter. I was also the owner-operator of my own small business for several years. I wrote various novels and short stories published during 1980s and 1990s. I am a long-time student of judo and Japanese swordsmanship (kenjutsu). I also play chess, basketball, and military and sports simulations. END_OF_DOCUMENT_TOKEN_TO_BE_REPLACED
This entry was posted on Monday, February 17th, 2020 at 1:59 pm and tagged with "democracy" and ignorance, cultural musings, fomenting racial discord, insane public policy, Margaret Thatcher, transgender movement, why socialism fails and posted in civics, Uncategorized. You can follow any responses to this entry through the RSS 2.0 feed.
« This Week (Aughhh!)
A Distressing Day in the Classroom »

9 responses to “Some Hard Facts”