What Do the Schools Have to Do, to Flame You Off? 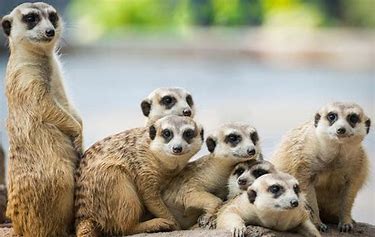 This nooze is bad enough without an illustration. Here are some meerkats instead.

Is it even possible, anymore, for public education to come up with an outrage that’ll make parents angry enough to pull their children out? I’m beginning to wonder.

The Madison, Wisconsin, Metro School District is being sued by a group of parents objecting to its new “gender policy”–which is to “affirm” and encourage children to “change their gender” without their parents’ knowledge or consent. The school will “help” kids do that without notifying their parents (https://www.thecentersquare.com/wisconsin/parents-sue-madison-schools-over-gender-policy-claiming-it-deceives/article_120667f8-5325-11ea-a72f-7bc9a632c5e4.html).

What do they have to do to alienate you, people? Is there any line that you won’t let them cross? Except for those who are suing the school district, are the rest of you just cool with this?

So, yeah, the unionized Far Left teachers will fill the kiddies’ minds with all sorts of commercials for “transgender,” let them change their names, use the funky pronouns–and all with the parents cut out of the loop.

Someday it’ll be too late to move the children into Christian schooling or homeschooling, where they’ll be safe from being experimented on by wicked lunatics and off-the-wall revolutionaries. At some point or other, the cultural damage will be irreparable.

How badly do you want to get there?

I have lived in Metuchen, NJ, all my life. I have been married to my wife Patricia since 1977. I am a former newspaper editor and reporter. I was also the owner-operator of my own small business for several years. I wrote various novels and short stories published during 1980s and 1990s. I am a long-time student of judo and Japanese swordsmanship (kenjutsu). I also play chess, basketball, and military and sports simulations. END_OF_DOCUMENT_TOKEN_TO_BE_REPLACED
This entry was posted on Friday, February 21st, 2020 at 3:09 pm and tagged with apathetic parents, culture-killers, education follies, evil schools, how public schooling hurts America, parents sue school district over "gender policy", school's "gender policy" deceives parents, transgender movement and posted in Public Education. You can follow any responses to this entry through the RSS 2.0 feed.
« Themb %$#$@ Russhins Aggen!!!
Funny Animal Friendships »

7 responses to “What Do the Schools Have to Do, to Flame You Off?”