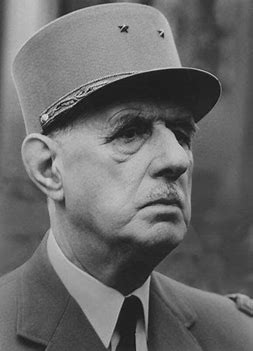 After fighting the Wehrmacht, he wasn’t about to surrender to the rioters.

But President Charles DeGaulle had been through worse than this. In 1940 he fought the panzer divisions invading his country. For the next five years he led the Free French. Those were dark days. Much darker than 1968.

DeGaulle refused to buckle. When all else failed, he put the military on high alert and managed to hold a special election. In that election, the sane and normal people in France gave his party an overwhelming victory. And the rioters faded back into the woodwork.

We need President Donald Trump to be as strong as DeGaulle. For a time in 1968, DeGaulle stood alone between France and anarchy. We need to rally around our president.

We can’t afford to lose this war. We’d lose our whole country, and I doubt we’d ever get it back.