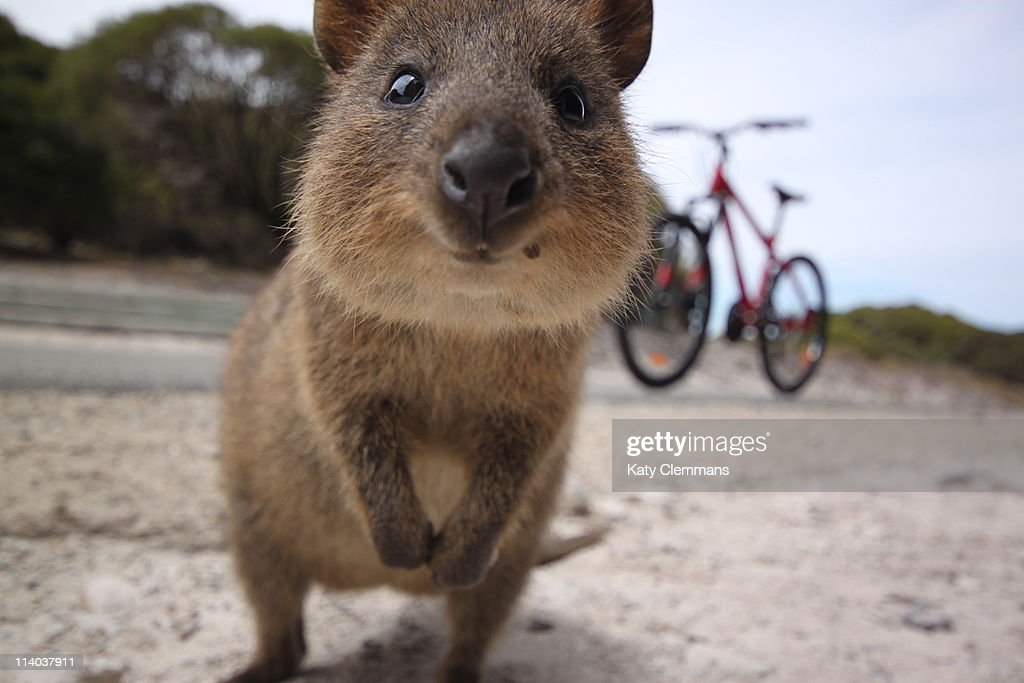 Just to let you know: Lee has sent out the comment contest prizes to “Watchman” and Ina. I don’t know what the holdup was, they’re only books. Meanwhile, behind me there’s another one of those bicycles that somebody left just standing there, obviously they don’t want it–what a swell prize that would make! I have also suggested that maybe the winner ought to win a boat, but he won’t listen.

P.S.–Some readers want to know why I’m called Byron the Quokka, when I live on Rottnest Island with all the other quokkas. It would be like calling some guy who lives in New York Alfie the Human.

Well, crikey–how would you like to have a middle name like “the”? I can’t answer the question and it would only exasperate me to try. Let some mysteries remain mysteries!