G’day! Byron the Quokka here, with just 73 comments to go toward that 60,000-comment milestone–and a winner in our current comment contest.

I thought it might be nice to make a boat the prize, but Lee is still thinking in terms of an autographed copy of Bell Mountain No. 12, His Mercy Endureth Forever.

It’s taking a long time to get this book printed, I guess because everything’s been slowed down by The Great Quarantine Etc. We still owe a copy to “Watchman,” who won the last comment contest. If Mercy still hasn’t been printed by the time we reach 60,000, you can ask for an earlier book in the series. We’re out of Bell Mountain though, so don’t ask for the first book. To see them all, go to the home page and click “Books.” I don’t know how anybody can resist that giant hyena, though. We don’t have those on Rottnest Island–which is probably a good thing.

Well, one more blog post this afternoon, and then we’ll do some editing of No.13, The Wind from Heaven. 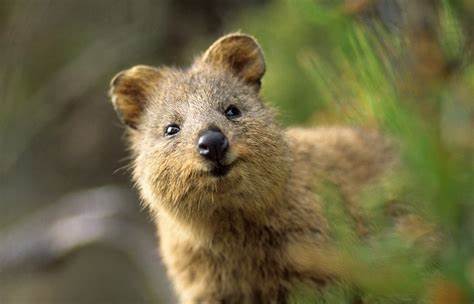 Byron the Quokka here, mates, with the question of the day:

Here’s a picture of the shirt. Well, not exactly: couldn’t find a picture showing the shirt in either bright red or dark blue. But you get the general idea.

You wouldn’t believe how many tries it took me to paste this picture. 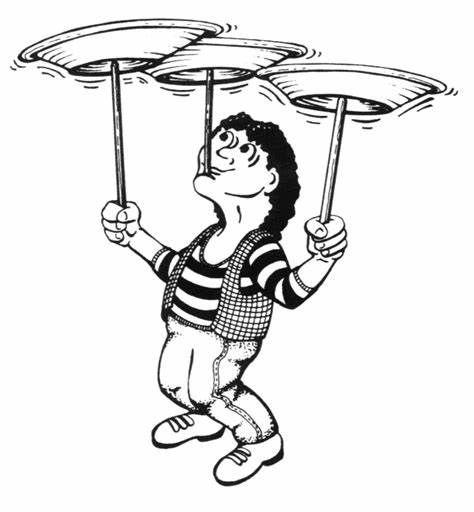 Contrary to the forecast, it didn’t rain today. So I sat outside and tried to finish writing The Wind from Heaven. I ran out of gas around 2 o’clock: I think I’ll need one more chapter. I lost practically all of April to bad weather, so I’ve had to work extra-hard to get this far. My editor think you’re gonna need a seat belt to read this one.

And… just two questions left in the Bell Mountain trivia contest. The winner gets an autographed book. Note to winner: If you want to hold out for a copy of His Mercy Endureth Forever, which will probably be published early next year, sure, you can do that. Just don’t forget to remind me that you’ve got a book coming to you.

Incidentally, we were supposed to have a major storm today–and we didn’t. Preposterously long-range climate predictions, anyone?

Too much excitement for Cousin Romulus. Knocked him right out!

Byron the Quokka here, mates, and here’s another look at the official and bona fide Quokka T-shirt that the winner will get for posting Comment No. 50,000.

All right, the blue shirt we wound up getting is darker than this, but the picture’s the same. We have a bright red shirt in Extra Large and a dark blue in Large.

Here on Rottnest Island, the excitement has reached a fever pitch. Practically every quokka here has got a pretzel in the pool (we don’t use money). No, I won’t tell you who I’ve picked to win. Let’s just say I have a lot of confidence in this reader.

A mere 188 comments to go! That should barely get us through the weekend, eh?

G’day, mates! Byron the Quokka here, with the latest update on our once-in-a-lifetime contest to see who posts Comment No. 50,000 on this blog. The winner gets an official and bona fide Quokka T-shirt! And maybe gets voted an honorary quokka, if I can do that without getting into trouble with the Head Quokka. His name is Ernest and he’s gotten too big for his britches. But I digress.

So here’s the news–only 428 comments to go! And here’s what the prize looks like, if Lee doesn’t forget how to post the picture.

Well, it came out black, and we don’t have a black T-shirt, just red or blue, but the poor cove did the best he could.

Crikey, look at all these bicycles! You’d think we could give out at least one bicycle as a comment contest prize.

Never mind! The prize for posting Comment No. 50,000 on this blog is an official and bona fide Quokka T-shirt! And so far we’re at Comment No. 49,195–which means there are only 805 comments left to go.

Yesterday we had 72 comments, but today we’re nowhere near that. I keep telling Lee he’d get more comments if he wrote more interesting posts–mostly about quokkas!–but I don’t think he believes me.

Look! Is that a great prize, or what?

As for that dingo who said “All that fuss over a goofy T-shirt,” well, I guess this puts him in his place! Ha, ha, ha!

Now let’s see how fast we can run up those last thousand comments.

And don’t forget the Bell Mountain trivia contest, in which the winner gets an autographed book. That lets us quokkas out, ’cause we already have all the books.

And This Is the Prize!

G’day, mates! Byron the Quokka here. And how about that for a prize, eh? A genuine Quokka T-shirt, with me babysitting my cousin Lucie when she was just a little tyke. Which I think was last week.

We have it in Extra-Large (bright red) and Large (quokka blue). If you’re small, you can always use the shirt for a nightie.

All you have to do to win it is post Comment No. 50,000 on this blog. And we’ve just now passed 49,000, so that last thousand comments should go really fast. Crikey–what could be more appealing that a Quokka T-shirt? I told Lee it’d be even better than a bicycle.

Any and all comments are eligible, with the following exceptions: comments abusive of anyone else on this site; comments containing blasphemy or profanity; comments that are really commercials posing as comments (like even a kangaroo couldn’t see through that!), and comments simply too inane to bother with. And whoever you are, you can enter as often as you like.

OK, it’s not quite as good as really being a quokka–but it’s the next best thing.

Who will be the lucky winner?

Excuse me for now, I have to put Lucie back to bed… she gets over-excited by these comment contests.