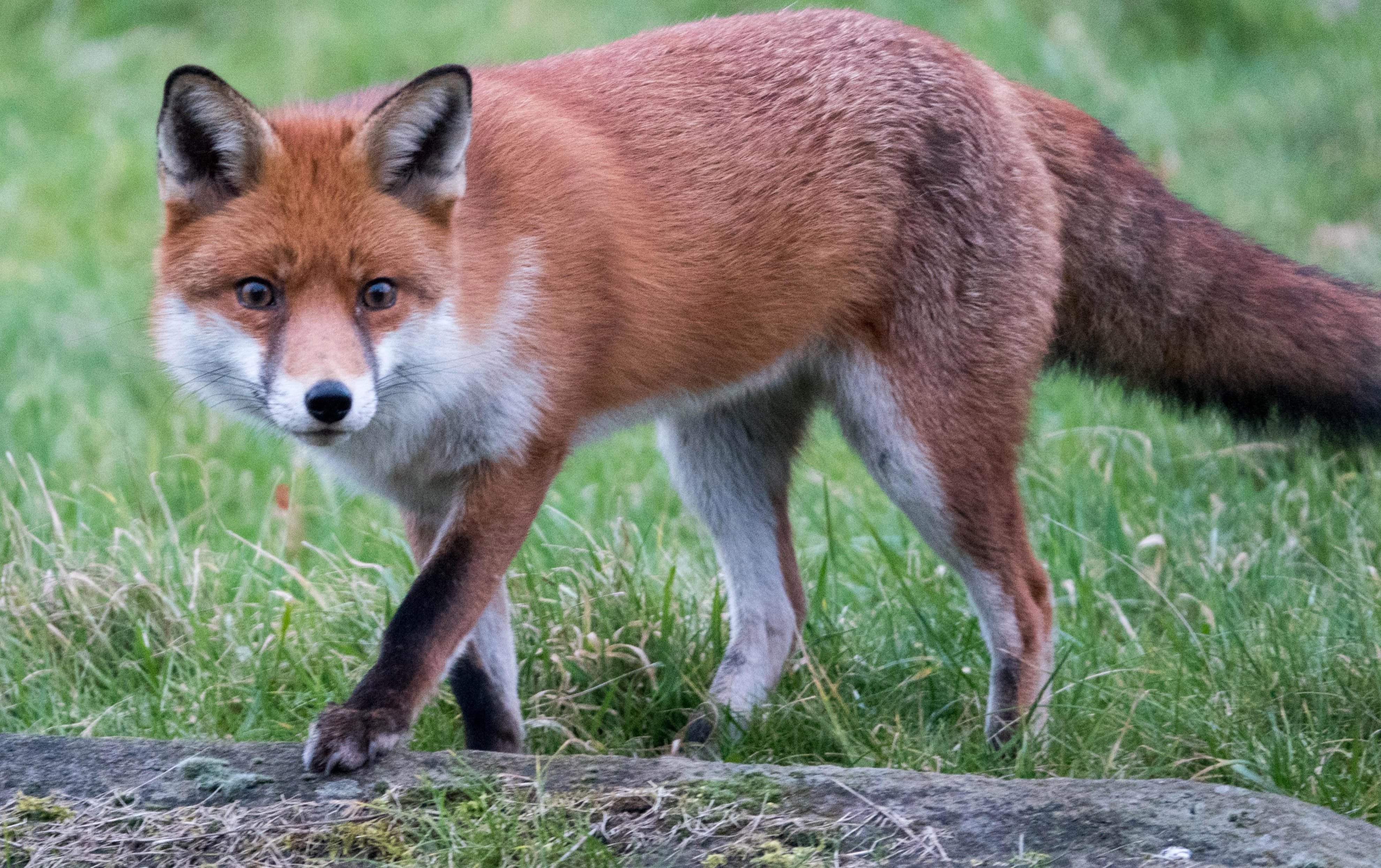 When I came home from the supermarket this morning and pulled into the parking lot, the first thing I noticed was that the crows and blue jays were making no end of a fuss, up there in the treetops. The next thing I saw was… a fox. That’s what had them so upset.

This was the second time I’d seen the fox in the past few days, and many of my neighbors have seen it, too. Maybe you live in a place where seeing a fox is no big deal; but here in our New Jersey suburb, it is. Our wildlife is mostly squirrels, possums, and birds, with the odd chipmunk thrown in. Never foxes.

However, there he was, crossing the parking lot, large as life. Okay, foxes are pretty good at adapting to human-dominated environments. Even so, I’ve lived here all my life and never seen a fox until now. And there have been deer around, too.

I don’t know why this should be. I’m waiting for more information. But my wife thinks there’s been so much unwelcome building around here, it’s driven the animals out of their hiding places–by removing those places and paving them over. I hope that’s not the reason, but it could be.

I like to think the wildlife is coming back because God has something better in mind for us than anything we’ve thought of by ourselves.