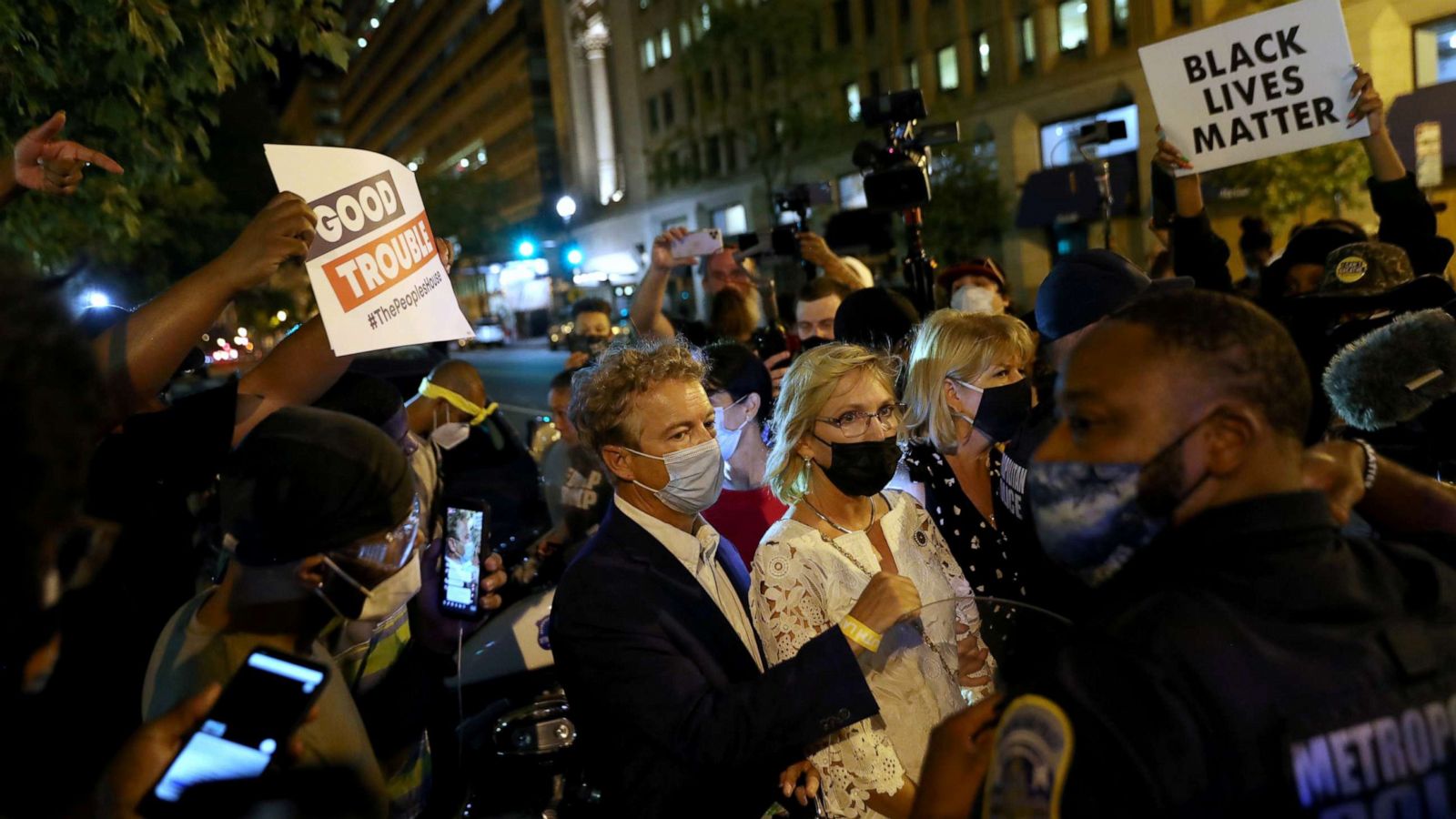 They’ve always got professionally printed signs. Who do you suppose provides them?

Just a block from the White House last night, police had to rescue Sen. Rand Paul (R-Kentucky) and his wife from an angry mob of MPPs (“Mostly Peaceful Protesters”–what used to be called rioters). Senator and Mrs. Paul were returning to their hotel after attending President Donald Trump’s speech accepting his nomination (https://www.reuters.com/article/us-usa-washington-paul/u-s-senator-rand-paul-says-attacked-by-angry-mob-near-white-house-idUSKBN25O0LW).

Home-grown nooze sources spun the story to make sound like the senator was never in the slightest danger and just lying about a lot of harmless MPPs. Uh-uh. That’s why police had to escort the Pauls back to their hotel. You’d think a U.S. Senator could walk home from the White House without getting molested–but not if he’s a Republican.

That profound silence you hear is Democrat senators not defending their colleague. But that’s only because they’re always on the rioters’ side. That’s how they’ve become the Riot Party.

What if the police had not been there?

I think we’d better be thankful that they were.