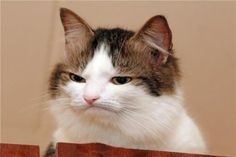 They took away my Reblog function, but I still try, honest. I tried again today. As far as my colleague at the Unashamed of Jesus blog knows, I successfully reblogged his post and he thanked me for it. But no sign of his post has appeared on my page. Sheesh, I don’t want people thinking that I’m only pretending to reblog them!

And now my Share button doesn’t work, either. It stopped working on Sunday. My tech support, Jill, can’t figure out what’s gone wrong. If it stumps her, it’s really wrong. I could go back to the WordPress Happiness Engineers, but they’ll just string me along for an hour and a half and the problem won’t get fixed. But I will get an earful of unintelligible computer-speak. This I don’t need.

Maybe they have a problem that they’re not admitting, and they’ll fix it someday, and the Share button will start working again. That would be nice.

But for the time being… oh, fap!

5 comments on “But I Don’t Love This”