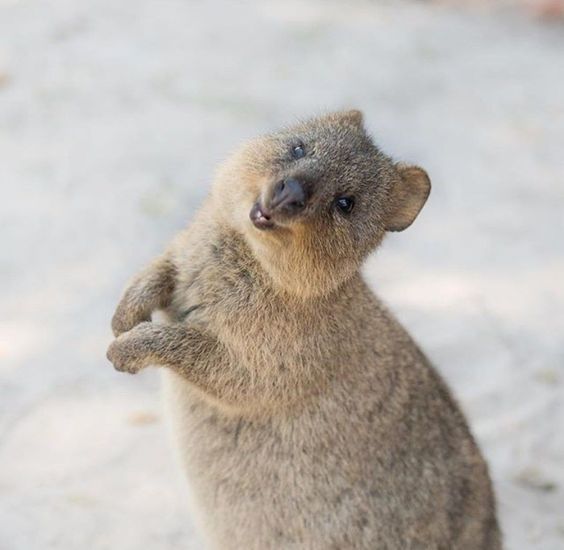 G’day! Byron the Quokka here. And the girl in the picture is named Proserpina (Annie for short): she was Miss Rottnest in 2017, and she’s here to tell you about Quokka University’s latest fund-raiser–False Facts Galore!

G’day, everybody, I’m chaaaahmed to be here! Hey, you can really go to town with False Facts Galore–more whoppers, more pure misinformation, than ever before! Your friends will be simply amazed by all these things you know, that they never heard of.

Without further ado, here are a few of my favorites. Don’t worry–there’s a whole box of brand-new False Facts cards! You won’t run out of ’em in a hurry!

*The source of the Congo River is at Schenectady, New York.

*More people with functional third eyes live in Indianapolis than anywhere else in the world.

*The Krnitzle Potato Bug of South Israel is able to respond to verbal commands given by any human being that can imitate its mating call. But really, it’s not worth doing.

*The ancient Romans had no vowels in their language until a man named Alvin forced them to add some.

Of course I could’ve spent all day sharing these wonderful False Facts, guaranteed to be 100% Truth-Free… but then you might not want to shell out twenty bucks to buy a set. All the money will go to fund Quokka U.’s guest speaker program. Honest.