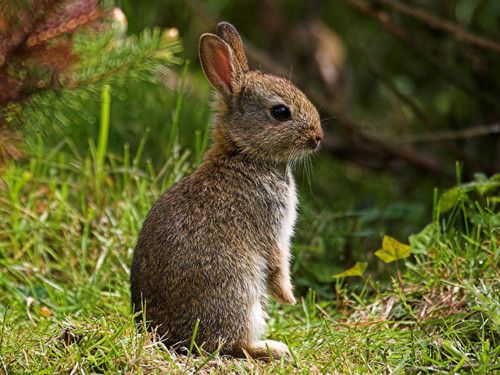 All the bad nooze, the unending parade of wicked and asinine characters, and their daft and wicked schemes–it’s not good for your soul to read it all day, and it’s not good for my soul to write it. A picture of a baby rabbit is vastly more edifying.

This will be the only nooze I’m gonna comment on all day, so enjoy it.

Supreme Court Justice Ruth Bader Ginsberg has died after a long illness. Her rulings damaged our nation. But I’m not a liberal, so I won’t rejoice over her death–well, you know how they carry on.

A sizeable body of Far Left Crazy are bitterly angry with Ginsberg for dying. They can hardly express themselves. It wouldn’t surprise me if their heads went 360 degrees and they started levitating. There’s abundant video illustrating this, but I choose not to use it. You can find it easily enough, if you want it.

Some of these are the very same people last seen giving Ginsberg a standing O for hanging tough and continuing to crank out rulings. Now they’re mad at her for not retiring while *Batteries Not Included was still president, so he could appoint another flaming commie to replace her. They are furious that she has died. Like she did it on purpose, just to spite them.

It used to be most Americans hardly noticed what the Supreme Court did. But that changed, once Democrats figured out that the court could be used to push through Far Left projects that didn’t have enough support to be enacted into law by the legislature.

By the way, there’s one question I’ve been wondering about lately. Republican presidents Reagan and Bush appointed justices to the Supreme Court and within moments of their swearing in, these justices turned into leftist societal engineers. My question is, how come it never goes the other way? With Far Left justices turning into conservatives.

Anyway, America can’t be “fundamentally transformed” into Venezuela North without the Supreme Court acting as a super-legislature, redefining basic human institutions and gutting the Constitution.

Expect Democrats to go absolutely ballistic over the next appointment.

9 comments on “The Only Nooze I’m Gonna Post Today”