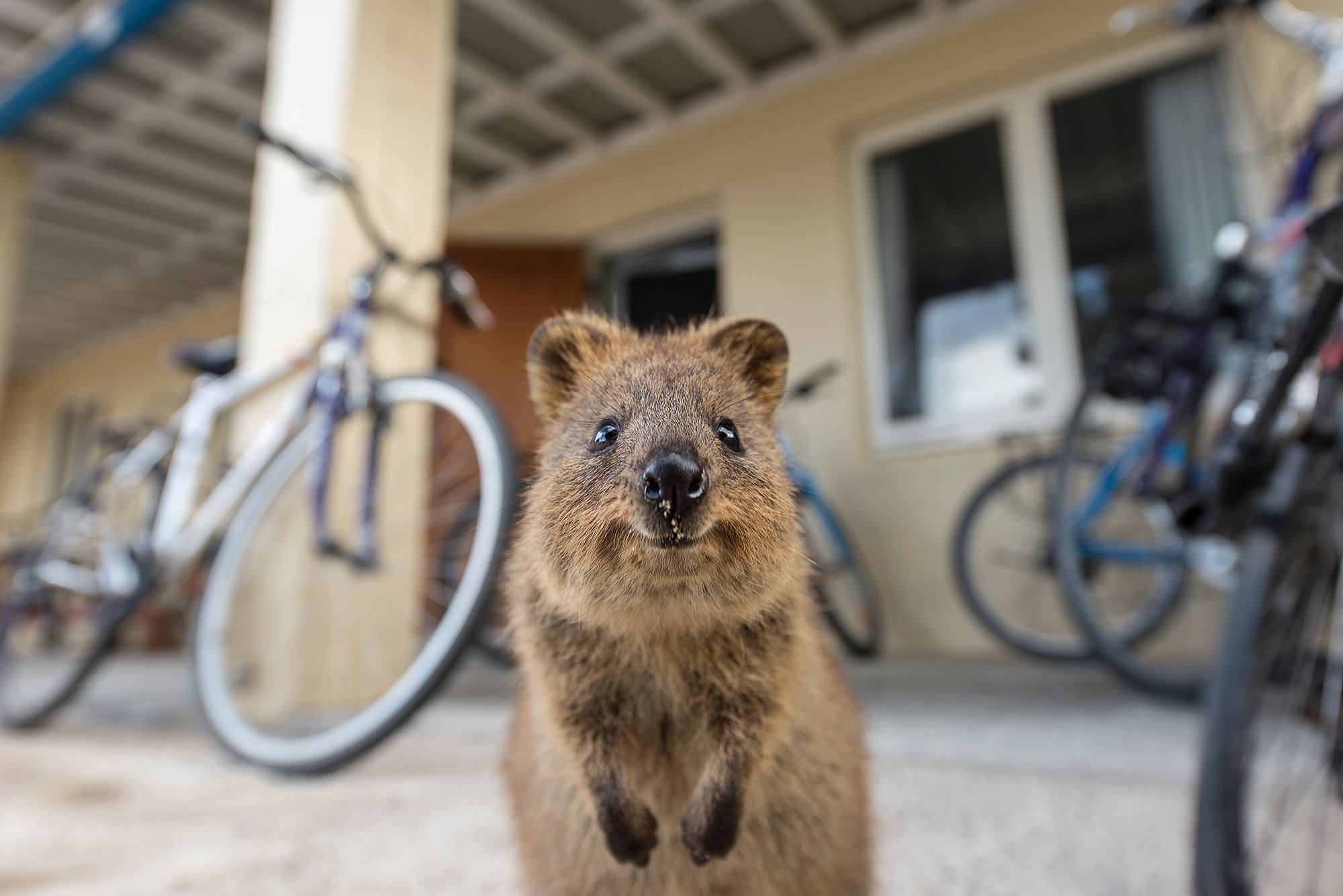 Wow! Look at all those bicycles! Surely nobody would miss just one…

Byron the Quokka here, with excellent news! Meanwhile Lee is outside doing cartwheels (figure of speech: last time he really did a cartwheel, he split his pants) because Patty has fixed his computer.

For this achievement, the faculty at Quokka University has awarded her the designation of Honorary Quokka and appointed her QU’s resident Computer Expert. We realize the “resident” part cannot be taken literally, her living in New Jersey instead of Rottnest Island; but we think we have the communications technology to make it work.

It all goes to show how it pays to marry somebody who”s both smart and determined–smartest thing he ever did.

Now if we can only convince him to offer a bicycle as the prize for the next comment contest, maybe we can pump up the readership to what it used to be.

8 comments on “An Honorary Quokka!”