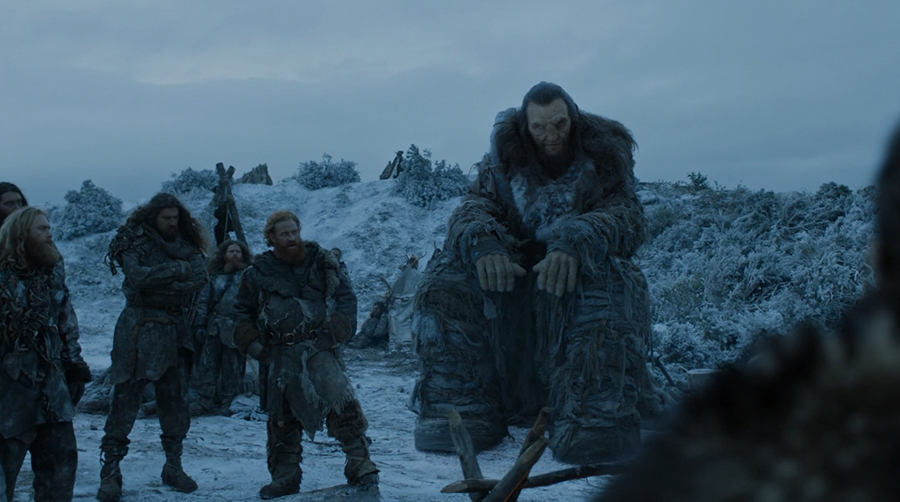 Even sitting down, he’s huge…

I’ve been thinking about giants lately. Were they real? Could they ever have been real?

The Bible has giants in it, throughout the Old Testament–lasting into historical times, in places like Gath, Hebron, and Bashan. Greek and Norse mythology is full of giants. And folklore all over the world offers tales of giants.

What is a giant? At 5’11”, Herman Melville was the tallest man aboard a certain whaling vessel. At 7 feet tall and change, Wilt Chamberlain dominated professional basketball. But if it gets much taller than that, you’re probably talking about a glandular or a genetic defect that’s going to keep you from reaching your 70th birthday: thank of Andre the Giant.

The giants in the Bible are truly colossal; and although no one has ever found a giant’s skeleton, or a giant’s weapons or armor, the Near East has several sites where normal-sized men created facsimiles of giants’ footprints, carving them in stone and placing them near public buildings.

Just because people lived a long time ago doesn’t mean they were stupid. So why did so many of them believe in giants, if there was no such thing as a giant? If no one could ever have seen a giant, why did so many different peoples, all over the world, preserve and hand down so many stories about giants? 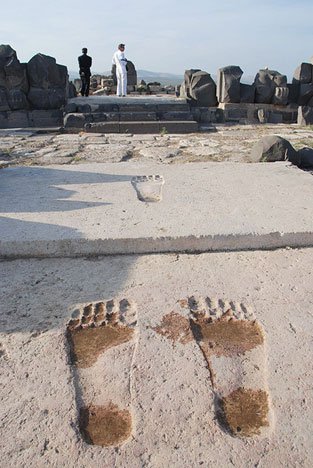 These prints are obviously not real. But why did someone go to the trouble of carving them? Why display them in a busy public area?

Then again, maybe the whole thing was just some kind of advertising.

But how could there have been so many stories about giants, and no giants? Is it possible for a human body to function, beyond a certain size? Or did people in Biblical times use “giants” as a metaphor? Metaphors have probably been around even longer than giants.

We accept the Bible as being always true. But we grant that Bible writers sometimes used figures of speech that are not meant to be taken literally. Nor would Bible writers living 3,000 years ago have needed to explain certain things to their audience–things that only confuse us today. A lot of knowledge can be lost in three millenia.

I add, finally, that even as a little child, I never believed the Jolly Green Giant was real.

7 comments on “Were Giants Ever Real?”