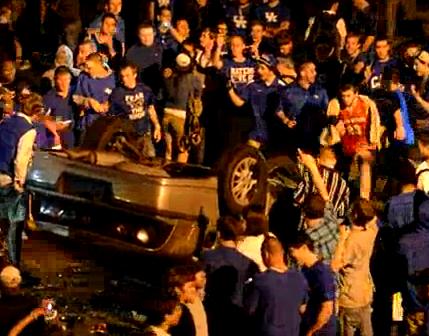 It’s always okay when college students do it!

For years we had to listen to sack-of-schiff noozies describe riots as “mostly peaceful protests” while an assortment of liberals cheered them on as necessary for Social Justice.

Then you have one little riot against Congress and the whole sky falls in. Have they already forgotten how much they enjoyed and approved of all the riots from 2016 through 2020?

Of all the factors that have turned America into a lawless lunatic preserve, none has played a greaterrole than public education,” especially the bloated, overfunded university system. But we are in the business of creating Far Left stooges.

And now, with a stolen election established as the norm, and the entire apparatus of government controlled by lackeys of Communist China, the education beast will gorge itself on the money that we worked for.