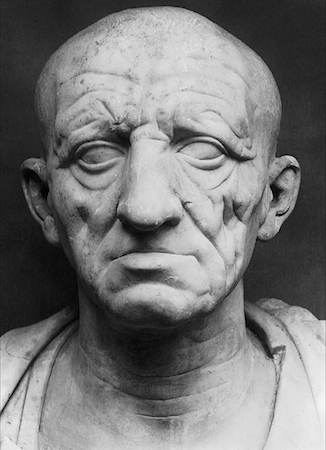 But there has been friction between Rome and a power far inland–the United Scythians of Asia. We join the Senate with the debate in progress. Marcus Cato, Cato the Elder, is speaking.

“Senators, the United Scythians are ruled by a doddering dotard who can’t always remember to put his trousers on; and his newest government minister is this fat guy who paints his face and insists he is a woman. Their government is the laughing-stock of the civilized world! How long would it take us to conquer them? Fifteen minutes? Twenty? Or a whole day, if the weather’s bad? The only reason I can think of to send an army there would be if we felt sorry enough for those people to replace their government for them. And it wouldn’t have to be a big army, either!”

Happily, we know that no government like that would ever come into existence in the real world…

7 comments on “A Snippet of Imaginary History”