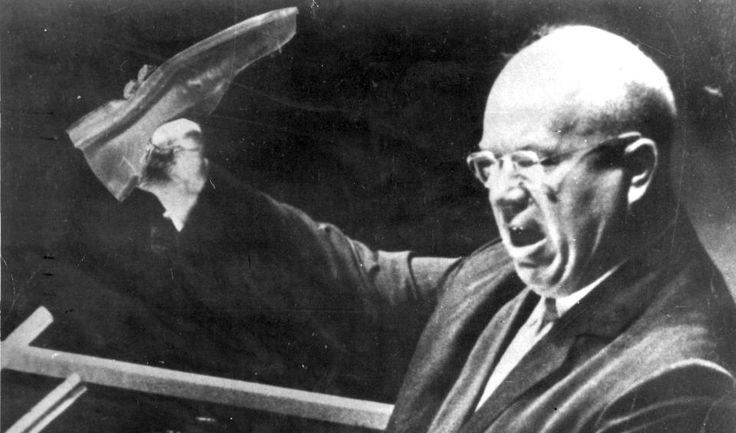 Khrushchev pounding his show at the UN: one of the iconic images of my childhood

Every May, “workers” throughout the Western world set aside their luxuries and march… for freakin’ communism. They want communism.

Are They Out of Their So-Called Minds?

To someone who grew up during the Cold War, this is incomprehensible. And then after that we had the spectacle of Mao Tse-tung wiping out at least 40 million of his own countrymen in peacetime, during the Great Leap Forward and the Cultural Revolution.

When Nikita Khrushchev stood in front of the UN General Assembly and said, “We will bury you,” we took it seriously.

Democrats nowadays would buy him a shovel.