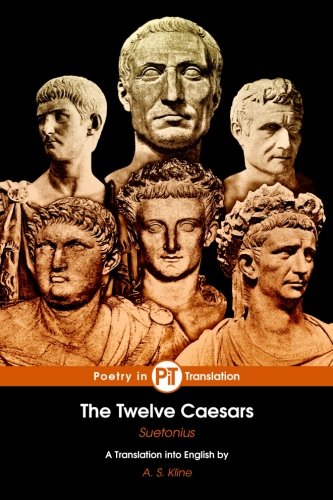 Reading nooze reports of Joe Biden’s erratic carryings-on, I found myself wondering, “Is this a chapter from Suetonius?”

It is to the early Roman historian Suetonius that we owe our picture of the Roman emperors as corrupt, bloodthirsty, hopelessly mad, silly, and a disgrace to their country. Maybe you never read Suetonius and don’t know anyone who has; but most of those juicy imperial scandals came down to us through him. Caligula claiming to be a god, Nero fiddling while Rome burns, Tiberius’ island of total debauchery, Livia poisoning practically everyone–all first recorded by Suetonius.

You can easily get a translation of his book, The Twelve Caesars. It makes for very lively reading! It’s impressive that Rome managed to survive these first dozen emperors, most of whom had more than a few screws loose.

Boy, is it easy to imagine Suetonius writing about Joe Biden! The Dodderer-in-Chief would fit right in. He and Claudius could have a woolgathering contest.

Note: If you’ve ever watched and enjoyed the PBS series, I, Claudius, know that most of the characterization and dialogue there comes from Suetonius more than Robert Graves.

God help us, our country is living out a chapter from Suetonius…