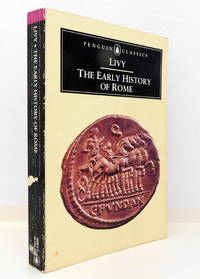 Ah! I’ve just finished typing and submitting my Newswithviews column for the week. You should see it here tomorrow.

Meanwhile, I took a break to enjoy a cigar and read some of Livy’s The Early History of Rome. I’m at the part where the hubris and folly of some of the best and brightest jidrools in Rome provoked a massive invasion by the Gauls and the sacking and burning of the city.

Livy writes of triumphs and disasters, good and evil, wisdom and folly; but through it all, he carries the same message at all times:

Human nature doesn’t change; therefor politics never changes. There isn’t much in our own political monkey-dance that we won’t find in Livy’s. The fact that we’re still here in spite of all that is oddly comforting.

We know, as Livy didn’t, that God is sovereign over history and shapes it to His ends. Even our disasters, brought on by ourselves, He builds into the structure of His plan. That was something the kings of Assyria, Babylon, and Egypt refused to believe–to their cost. God built them into His plan, too.

Livy, a contemporary of Augustus Caesar, loved his country but feared for her future. Little did he know that God was already shaping all the world’s future–with the birth of a baby in Bethlehem.

And now, back to work!

4 comments on “Chillin’ With Livy”