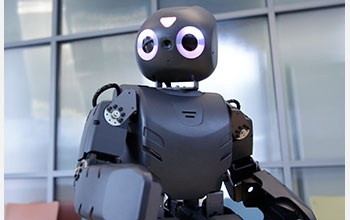 Adults will say something they know is wrong or inaccurate, if everybody else is saying it.

Well, okay, they were vaguely “humanoid” robots. It may be that young children can’t easily separate the real from the make-believe. Maybe they don’t quite understand that the robot’s not a living thing.

But what’s the adults’ excuse?

Somebody says it on TV, and you repeat it… because everybody else is saying it.

It’s surprising we put up as much resistance to nooze and propaganda (excuse the tautology) as we do.