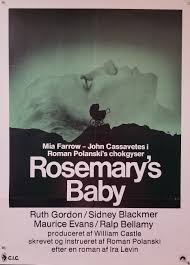 The one baby that they won’t abort

[Note: I am so tired today, I could just plotz. I’ll try to keep this blog up and running, but after this post I’ve got to go and just hang out.]

We told you leftids view abortion as a kind of perverse religious rite. Now the Temple of Satan in Texas, bellyaching over Texas’ new law forbidding abortion for any reason once the baby is six weeks old, has made it official (https://www.kxan.com/news/national-news/satanic-temple-set-to-challenge-texas-abortion-law-on-freedom-of-religion-grounds/).

Yep, they’re gonna go to court and argue that restricting abortion restricts their religious freedom–to wit, it gets in the way of their–wait for it, you’ll be amazed–“Abortion Rituals.”

Well, gee. We also restrict human sacrifice; and if you want to get arrested, just start a Thuggee gang in your neighborhood. All sorts of things we restrict, and will continue to restrict no matter who calls it an exercise in some goofy pagan pseudo-religion. It’s, like, taken for granted that nobody’s allowed to perform human sacrifice. We’re not that multicultural yet.

So once again we have Satanists and Democrats in the same cozy bathtub together. As if that surprises anybody…