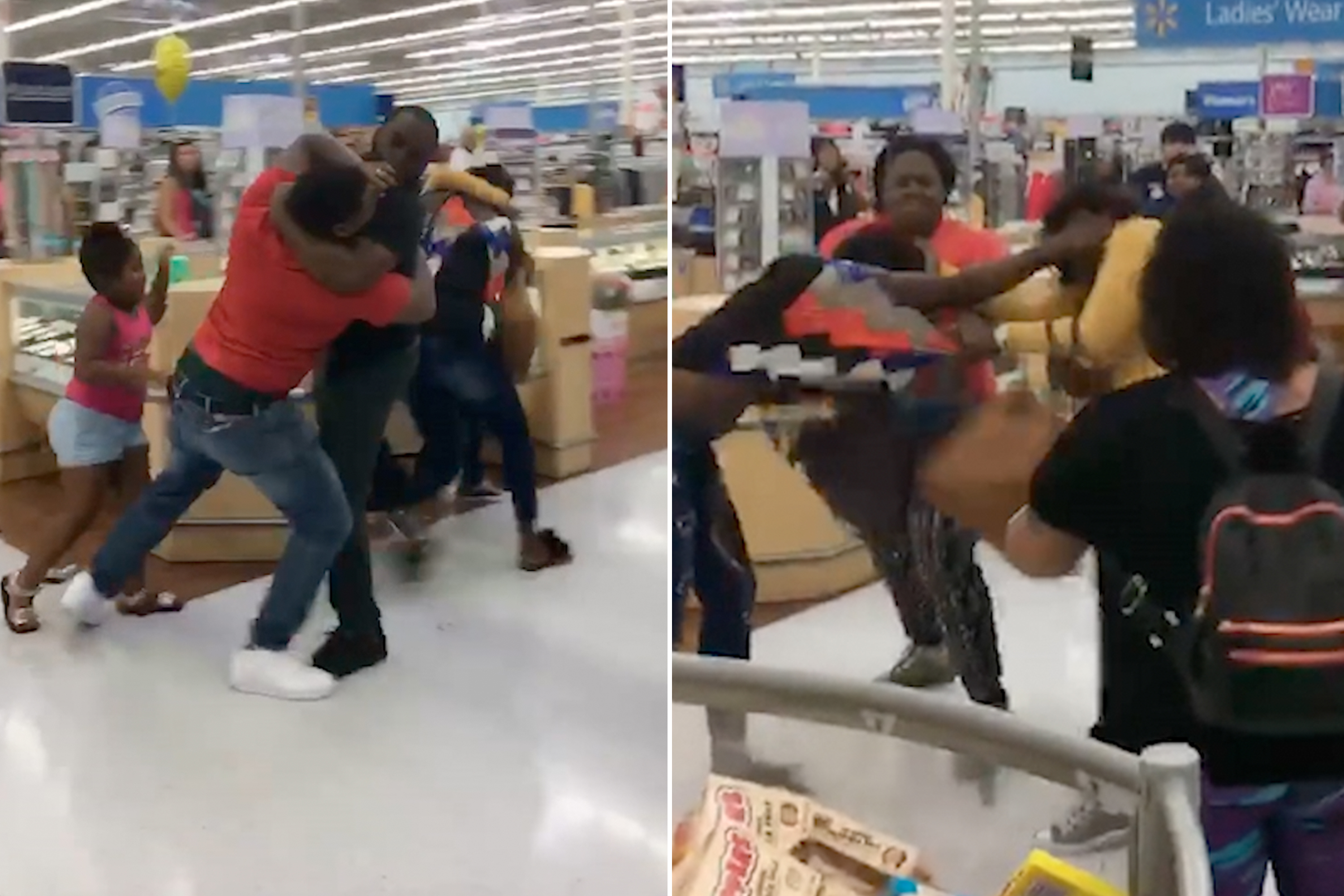 We had to go to Walmart this morning to pick up our prescriptions. As soon as I entered the store, I heard what sounded like people screaming. I was wrong: it was only one woman screaming. It’s a huge store, and her voice filled it. And so many f-bombs, I couldn’t make out what this woman was trying to say.

Then I saw her–screaming into the face of some guy who was at least six-foot-eight. Employees came flocking to the scene. Some went frantically looking for a large employee to stand between the couple and prevent mayhem. They found a guy–who did not look happy with his new assignment.

A woman in the line behind me said, “This place needs an exorcism.”

I said, “What, are we in YouTube? This stuff happens on YouTube–not in real life.”

A checkout clerk said, “It happens all the time in New York. I’m from New York, I know. But not in New Jersey.”

Many years of my life went by before I saw anything like this scene enacted in any public place. Something changed in our culture. Should’ve paid more attention when people started allowing their little kids to run around in a restaurant dining room, yelling and shrieking. That should have been a tell.

Happily, the police arrived before any violence could ensue. Well, I didn’t want to spend any more time there–so if anything else happened, I missed it.