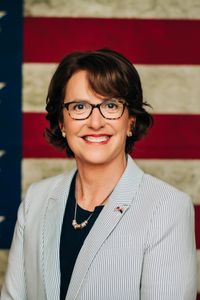 I would be remiss if I didn’t mention that the Arizona ballot audit, a full forensic audit of the 2020 election in that state, with emphasis on Maricopa County, is to be made public tomorrow (https://www.thefreedomtimes.com/2021/09/16/az-sen-wendy-rogers-signals-audit-results-will-be-publicly-revealed-in-just-over-a-week/). I’m not going to bother to link to anything spat out by Our Free & Independent Nooze Media Inc. The Associated Press in particular is in full Peking Review mode.

Democrats did everything they could to stop this audit. They certainly never acted like persons who had nothing to hide. But at long last the audit report is ready for a public hearing.

Did Joe Biden really win Arizona, or was it only massive fraud that got him there? And if there was fraud, will the Arizona legislature decertify the election?

We don’t know. It will take enormous courage to stand before the nation and say “Yes, our election was crooked.” So much easier just to whitewash the whole thing and hope America can survive three more years of this incredibly destructive regime. I don’t think we can.

I admit I don’t have high hopes for this. I don’t know where that much courage can be found, unless the Lord Himself sees fit to provide it. I hope and pray I’m wrong.

By the way, it really doesn’t matter what any other state does. Corrupting one election in one state, if proved, is a high crime demanding impeachment. Democrats spent several years turning the impeachment process into a kids’ game. But the survival of our constitutional republic is no game.

Pray for these legislators to do the right thing.

I know, I know–rob a gas station, and you go to jail; but rob Fort Knox and you’re a genius, you’ll get away with it because the crime is too big and too serious to punish: much easier just to pretend it never happened.

May the Judge of all the earth defend our country.

8 comments on “Arizona Audit: Do or Die”