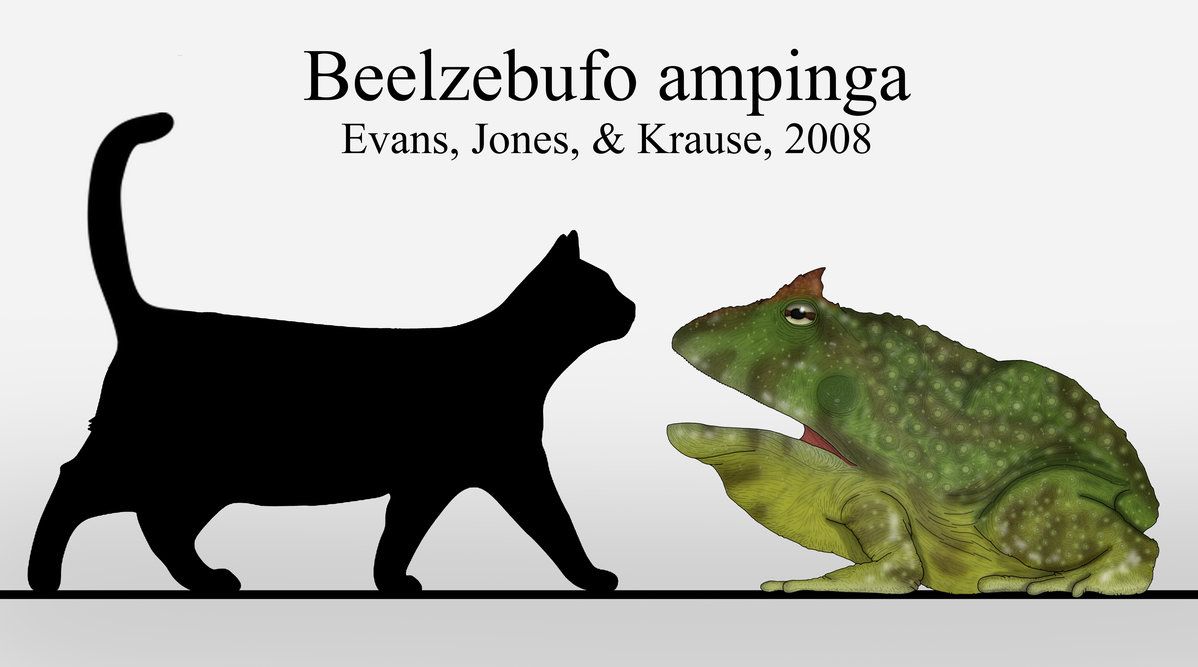 Jambo, Mr. Nature here! What was the world’s biggest-ever frog, and how big was it?

It’d take a big jug-o’-rum to fill this baby, Beelzebufo, a prehistoric frog from Madagascar. It was as big as a beach-ball, weighing in at ten pounds, with a body 16 inches long. It appears to be related to the South American horned frogs which occasionally turn up in pet stores–although why anyone would want one of those evil-tempered little cusses is beyond me.

Was Beelzebufo really the biggest frog ever, or are there bigger ones still waiting to be discovered?

The possibilities for a 1950s-style horror movie are intriguing.

6 comments on “The World’s Biggest Frog, Ever”