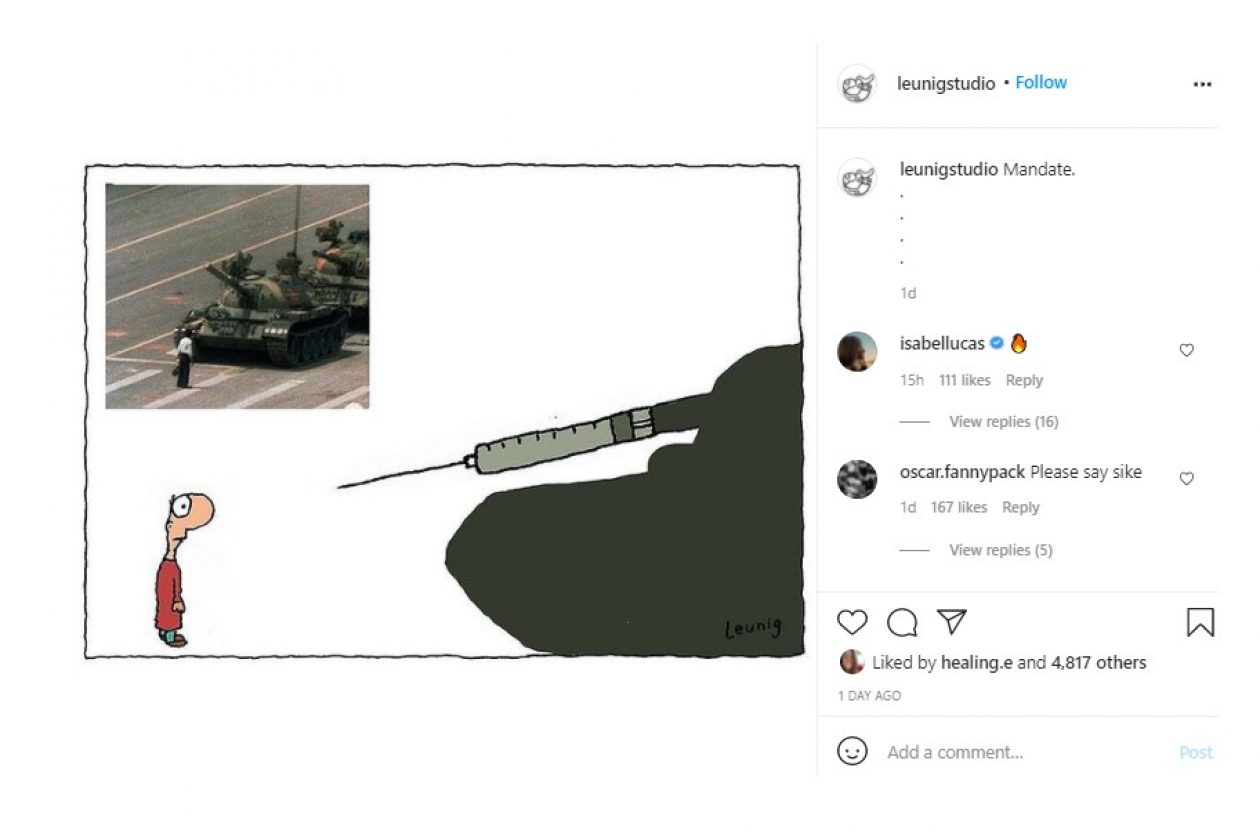 Michael Luenig, one of Australia’s top political cartoonists, has been fired for drawing a cartoon that likened Australia’s “vaccine” mandates to Communist China’s massacre of protesters in Tien An Men Square in 1989 (https://reclaimthenet.org/australian-cartoonist-fired-for-vaccine-mandate-cartoon/).

You’re not allowed to have that opinion! Not in Australia, where King COVID rules by decree.

Boy, I remember my college freshman orientation, 1967. The buzzword then was “dissent.” It was extolled. Worshiped as an end in itself–as long as you didn’t dissent from The Movement (some things never change).

Now if you dissent, you’ll at the very least lose your livelihood. When it comes to Pandemic Policy, there is no dissent allowed!

Oh! And of course “the authorities” tried to suppress the cartoon, but now it’s all over the internet and millions more people have seen it than would have if they’d just left it alone. But exercising free speech in front of these tin-pot tyrants is like waving a red flag to a bull.

So sure, bunky, you can still dissent! Just as long as you don’t dissent from the party line.

One comment on “Aussie Cartoonist Fired for Anti-Tyranny Cartoon”