G’day! Byron the Quokka here, urging you to take part in the comment contest. To that end, let me introduce my cousin Feezy. 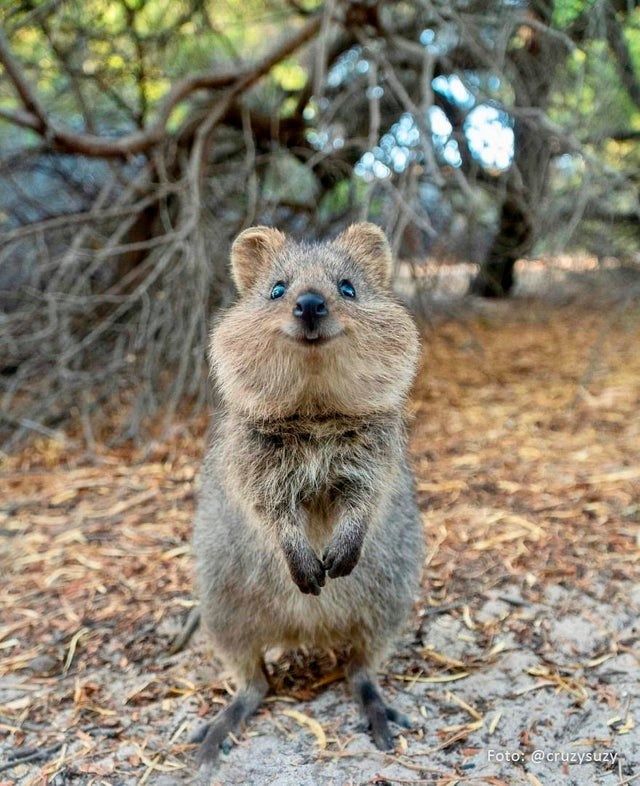 Everybody thinks she’s irresistibly cute… but she will plotz if we don’t have a comment contest winner soon. Save Feezy from plotzing!

–Autographed copy of one of Lee’s books

–Spectacular red T-shirt that says “If they have to kill us, they’ve lost”

Don’t blame me if Lee’s too cheap to offer real prizes that’ll get people so excited, they won’t know what to do with themselves–like a bicycle, for instance. Or a catapult. I’d love to have a catapult. But he never listens to me.