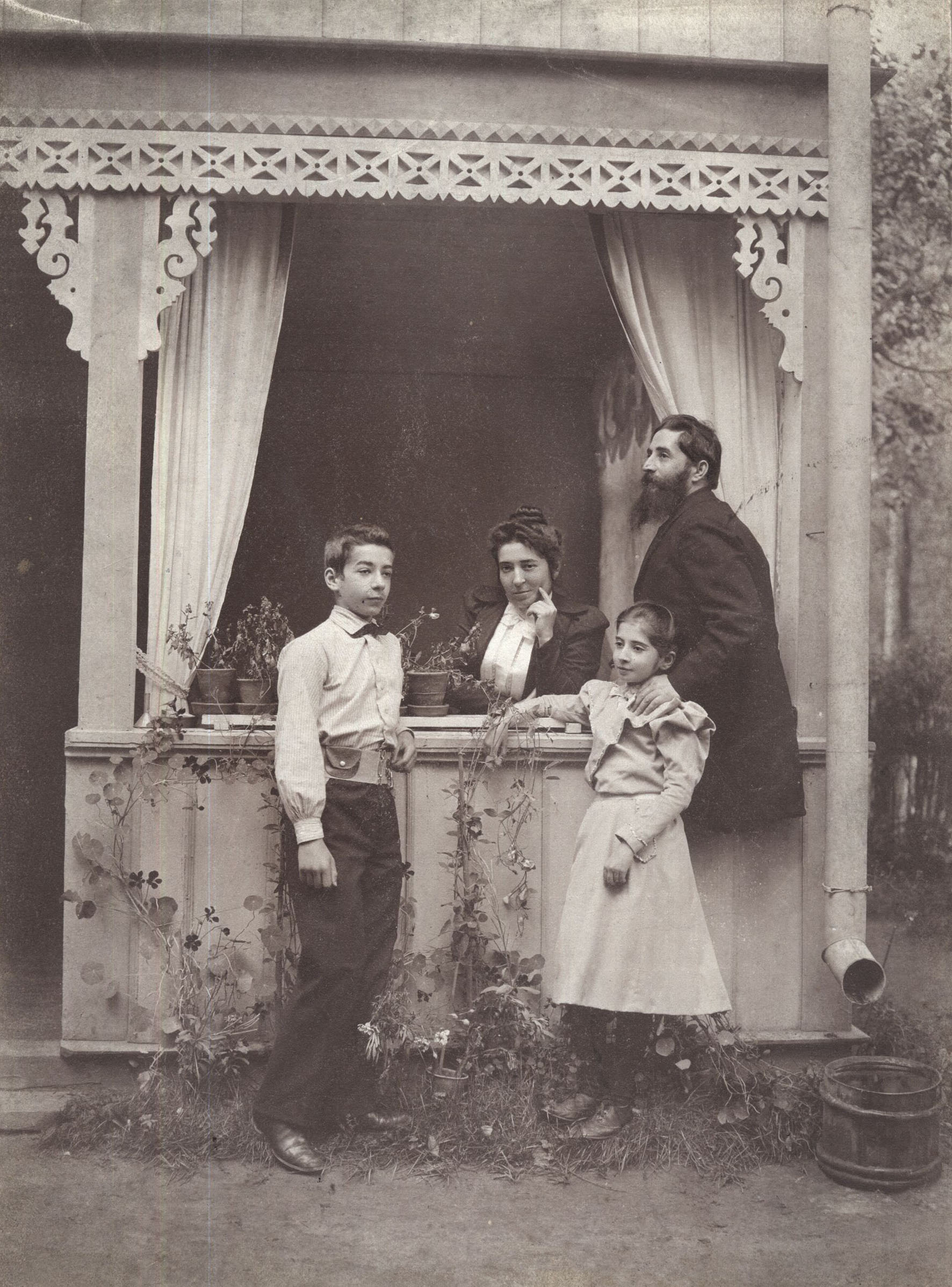 When I was a boy, my mother decorated a wall of our dining room with plates depicting members of a family in “the Gay Nineties”–father, mother, son and daughter. This was in the 1950s, so the plates commemorated an era that was less than 60 years ago.

But oh, how exotic! The father had a mustache and sideburns, and wore a derby. The mother wore a dress with puffy shoulders and had her hair piled up. They might as well have been visitors from another planet, or another country too far away to appear in the geography books. Like they took a break from building pyramids to come over here and mystify us.

How silly was that? All around us there were people from the 1890s. All our grandparents, for instance. How exotic were they? Neighbors, shopkeepers, persons you saw on TV–there were 19th-century people everywhere. So why were they reduced to caricatures on plates? I mean, Grandma didn’t still wear her 1890s dresses, did she? Nor would you ever see anyone walking down the street wearing a derby.

Nowadays, I think, we’ve run out of people born in the 19th century. It’s our loss. I could’ve learned so much more from Grandpa than I did! It wasn’t all bicycles with high front wheels and tiny back wheels, was it?

One comment on “Was It Really So Long Ago?”