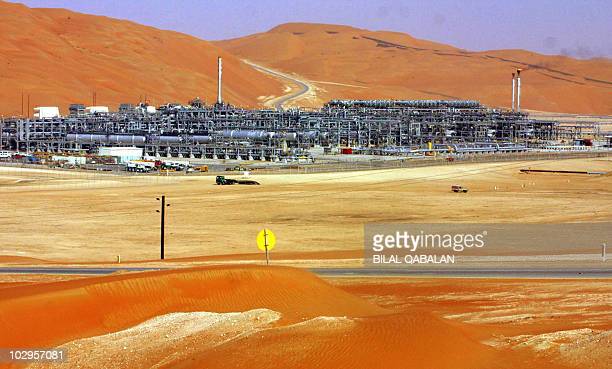 A Saudi Arabian oil field–pay their price, America: Biden won’t let us drill our own.

The Wall Street Journal has reported that the Biden administration asked Saudi Arabia not to cut OPEC’s oil production until after America’s midterm elections (https://www.dailymail.co.uk/news/article-11305219/Biden-administration-urged-Saudi-Arabia-wait-midterms-cut-oil-production.html).

Currently the average price for gasoline in America is just a few pennies under $4 per gallon. But now that the Saudis and their OPEC allies have cut oil production by 2 million barrels a day, the price is expected to go up again.

Gee… I wonder what they offered the Saudis not to cut production. The Saudis did it anyway, which has Democrats in Congress threatening to retaliate by cutting arms sales to the Arab monarchy.

After the midterms, though–after Democrats win–then it’d be okay to cut production and jack the price back up into the stratosphere. “Just help us keep control of Congress, guys, and then the sky’s the limit!” Let the bad news wait till after the elections! Then you can pour it on.

We wouldn’t be having this conversation if Biden hadn’t shut down the Keystone Pipeline.

“Promote the general welfare,” says the Preamble to the U.S. Constitution, listing the purposes of a national government. It says nothing about holding the American people hostage to up-and-down oil prices levied by foreign powers who have no interest at all in the general welfare of America.

Can we call this a dirty deal that fell through?

I think we can.