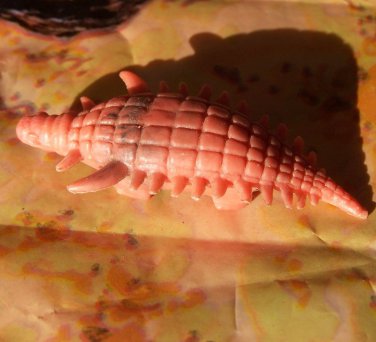 As a little boy, I was on fire to learn all that I could about dinosaurs. Uncle Bernie patiently read to me, over and over again, from my dinosaur books. Later in life I discovered how badly he’d butchered the pronunciation of the names–but so what?

*Paleoscincus. Waddaya mean, it never existed? You could find a perfectly good one in a box of Nabisco Wheat Honeys or Rice Honeys.

Now we are told Trachodon was a 19th-century blunder reconstructed from teeth from two unrelated groups of animals. I must have a dozen of these Marx Toy Co. trachodons in my dinosaur box. No, they’re not for sale! And hang in there, guys, there’s hope. Remember how they got rid of Brontosaurus for several decades, only having to bring it back last year.

*Deinodon, a fearsome carnivore on a par with Tyrannosaurus rex–only now we’re told that it, too, was cobbled together from teeth from unrelated animals. Who is there left so hardy (or so daft) as to defend poor Deinodon?

*Aliwalia rex, the supersized carnivore from way back in the Triassic–a leg bone and a jaw bone from two different animals put together to make an awesome dinosaur that now they say never existed. Aliwalia lasted just long enough to get some authoritative words about him published in several dinosaur books.

Well, some of today’s dinosaur all-stars will one day be dismissed: don’t get too attached to any of them. Thank heaven I never got that Paleoscincus tattoo… 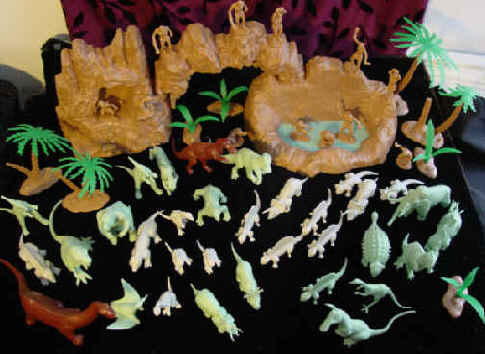