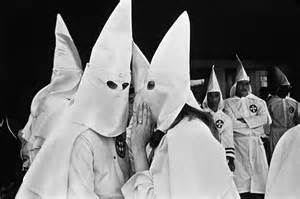 When Michael Moore advised Democrats to run even farther to the left than they do already, I never thought they’d actually listen to him. But it seems they are.

In the scramble for the Democrat National Committee chairmanship, Sally Boynton Brown, a kook from Idaho, has vaulted ahead by running against “the white leaders of our party” ( https://news.grabien.com/story-dnc-chair-candidates-bash-white-people-racially-charged-foru ). She herself is white.

As DNC chair, Ms. Brown described her job like so: “My job is to shut other white people down.” Right on, Sally. And don’t forget to shut men down, too. And in a flourish of liberal condescension, “I am talking to people of color because you have the answers.” Is it just me, or does that sound like something Archie Bunker would say if he was trying to be nice to a Negro?

“I am not a politician,” said Ms. Brown. Well, yeah, I think most of us could go along with that.

This is what has become of one of our two major political parties. But then the Democrat Party has been racist since the 1870s. They used to be the party that told black people to shut up and do as they were told. Now they’re the party that tells white people to shut up and do as they’re told. The target changes; the racist mind-set stays the same.

Nothing good can happen to America until the Democrat Party is put out of business for good.