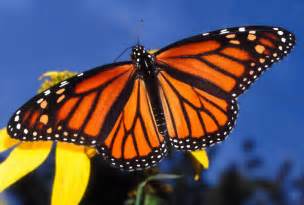 Monarch butterfly: God’s stuff is still sane and beautiful. A lot of our stuff isn’t.

Once when I was a toddler, my aunts took me to the circus and the clowns freaked me out, which led to a sleepless night for all concerned.

But those clowns were nothing, compared to what we’ve got to cope with today.

As Major Hoople would say, “Fap!”

If this is beautiful, then the word “beauty” has lost its meaning.

It is not beautiful. It is the stuff of nightmare. If what this person has done to himself doesn’t bum you out, then nothing can bum you out. Unless you’re a liberal. Then it’s the good things that bum you out.

I was going to write this as a humorous piece, but the photo embedded in the news story put the kibosh on that idea. This stuff is not sane. Linda, who sent me the link to this item, calls it demonic. I am compelled to agree.

3 comments on “I Wake Up Screaming”