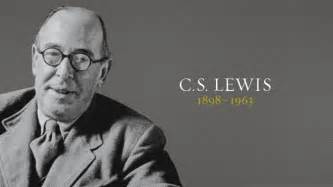 When you take over God’s job, you have no end of problems.

Take that business about being the Creator. It’s maddening. All you’ve got to work with is stuff God already created. Even the minds of secular humanists were created by God. We do not know why He didn’t make them better at using them.

God created man, so humanists want to create something better. Their creation, their Homo sapiens 2.0, will be new, improved, far superior to the current version. It will be able to solve all the world’s problems that have licked us so far–war, poverty, hate, and getting blackberry seeds stuck between your teeth.

This is the humanist messiah. Artificial Intelligence. Flawed, sinful, mortal man will, with his own intelligence that has given us movies like Gigli and foreign policies that look like they were dreamed up by Punch and Judy, create intelligent beings that’ll be much smarter and much better behaved than their creators.

Yes, there are a few scientists who’ve been trying to warn us that the A.I. enterprise is bound to turn out like Windows 8–not quite as nice as you expected. But because there is no one as anti-human as a humanist, the God wannabes seem eager to scrap H. sapiens 1.0 altogether, just plain get rid of us, with all our stupid problems, and replace us with their own creation. “It’ll be sooo much better! You’ll see!” Although how we’ll actually be able to see it from the boneyard, they don’t say.

C.S. Lewis already told us all about this, way back in 1945, in That Hideous Strength.

We already have a God, a Creator and a Savior, and He has equipped us with enough common sense to see that something perfect cannot and will not be created by imperfect beings. But it was Satan who told us that it can–way back in the beginning (see Genesis 3).

And it is Satan who’s the god of humanism.

6 comments on “The Humanist Messiah”