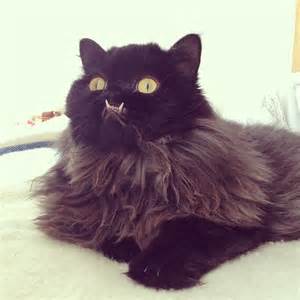 Well, scarier than that!

In the early Middle Ages it was “Palug’s Cat,” a giant cat that lived on the island of Angelsey and knocked off some 180 warriors before Sir Gawain finally killed it: so says Welsh and French lore of the 12th century.

You’d think that would’ve been the end of it–but no! There are still stories today. The Beast of Buchan haunts Scotland, and has been reported there since the 1930s. The Beast of Bodmin has haunted Cornwall since 1983, scaring hikers and mauling livestock, despite a British newspaper’s “investigation” that supposedly revealed it to be an ordinary cat (http://www.mirror.co.uk/news/uk-news/beast-bodmin-moor-mystery-solved-4812877).

Over here we’ve got Bigfoot, the Jersey Devil, and Chupacapra. Over there they’ve got giant wild cats–and there are no zoo or circus cats missing. Indeed, there are similar “big cat” stories from Australia–lots and lots of them. Australia has no native cats at all, and only small wildcats are native to Britain.

Why do people keep on saying they’ve seen big cats in places where there are no big cats? Who thought up the old, old story of Palug’s Cat, and what inspired it?

God made the world a bit more complicated than we like to think sometimes.

2 comments on “The Killer Cats of Britain”