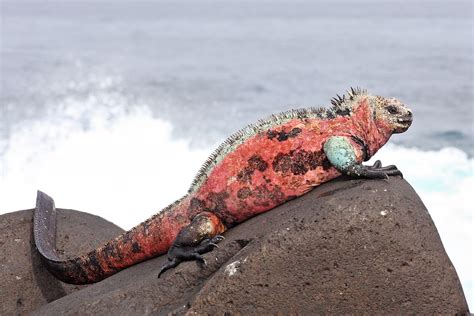 I cannot bring myself to post a picture of Mr. Manning, so here’s a marine iguana, instead.

So it’s come to this: a Democrat U.S. Senate primary, in Maryland, featuring a transgender loon who’s been convicted of (and served seven years in prison for) leaking confidential government documents: Brad “Chelsea” Manning (https://www.theguardian.com/us-news/2018/jan/19/chelsea-manning-interview-wikileaks-senate-maryland).

Mr. Manning, who is not, in fact, a woman, had his “sex changed” in prison. The American people paid for it.

He runs on a platform of open borders, closing all prisons, and releasing all the inmates. Yeah, that’ll work. He’d also like to disarm the police, if not abolish police altogether.

Please don’t say we deserve this.

7 comments on “You Can’t Satirize This: ‘Chelsea’ Manning for Senate”