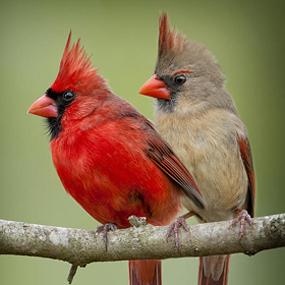 On second thought, I won’t post any of those putrid images. How about a mated pair of cardinals instead? God’s stuff: it works an awful better than ours.

To achieve the fantastic end of making Mother’s Day “more transgender inclusive,” a British supermarket chain is selling “gender-neutral Mother’s Day cards” (http://www.dailymail.co.uk/news/article-5487133/Waitrose-sells-gender-neutral-Mothers-Day-cards.html). And a lot of the schools, of course, have hopped onto that bandwagon.

One of the cards–I’ll see if I can get an image, but if I can’t, you’ll see it if you click the link to the news article–proclaims, “2 Mums Are Better Than One!” One of the schools has changed the name of the holiday to “Special Persons Day.”

How has this happened to us? Our whole civilization seems to have fallen into the clutches of wack-jobs and lunatics who seek to dismantle everything that makes us human. And replace it with stupid stuff that they made up.

All of a sudden, to them, “mother”–“father,” too–is a bad thing, an offensive term. Because, like most words that actually mean something, it doesn’t mean just anything. It excludes everything that is not a mother. In sanity-land, that’s what words do. Otherwise they become useless for communication purposes.

Pray harder, sing louder, and speak the truth. God will hear us.

And He will remember that none of this was our idea.

7 comments on “Down With Mother’s Day?”